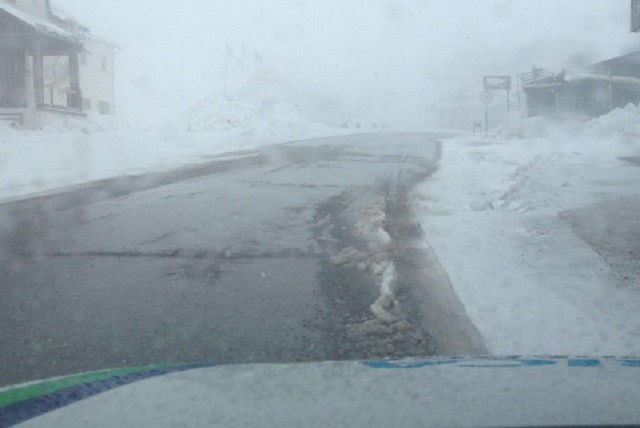 With just over two weeks before the Giro d’Italia is due to pass over the Passo Pordoi, the 2239-metre climb in the Dolomites still appears to have a considerable amount of snow on its slopes.

The riders are due to tackle the climb on the 210-kilometre stage from Alpago (Farra) to Corvara (Alta Badia) on the 21st of Mat.

The stage is considered to be the queen stage of the race as the riders will also take on a number of other passes which climb above 2,000 metres including the Passo Gardena (2,121m), Passo Giau (2,236m) and Passo Valparola (2,200m). 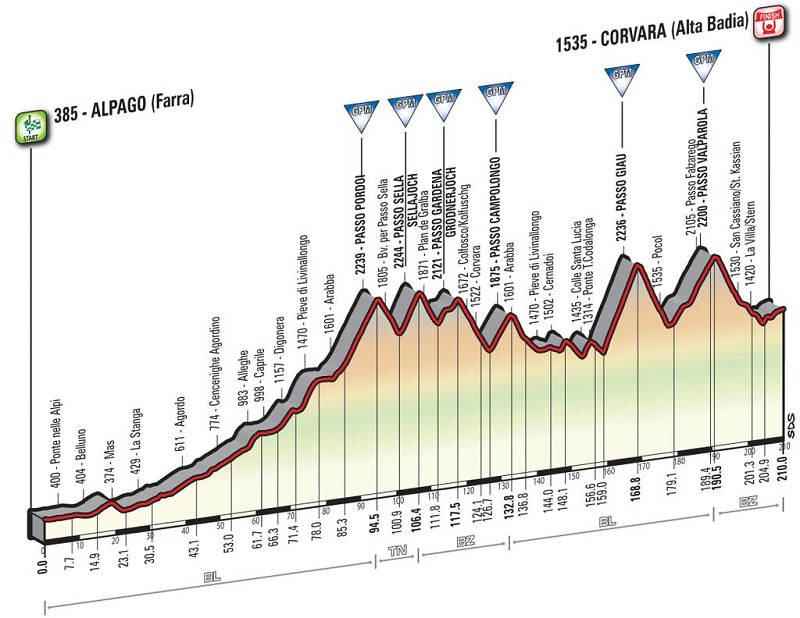 The photo of the Passo Pordoi was posted by the ORICA-GreenEDGE team on Twitter earlier this week. The Australian team had been attempting to recon the stage with their team leader Esteban Chaves.

If the weather is similar in a few weeks time, it may result in the Giro organisers having to re-route or cancel the stage. 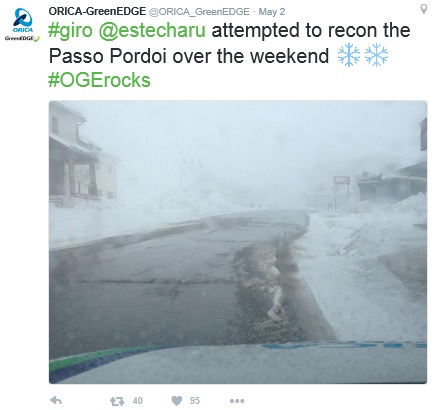 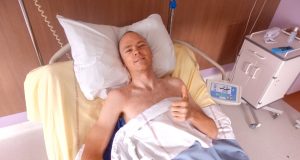