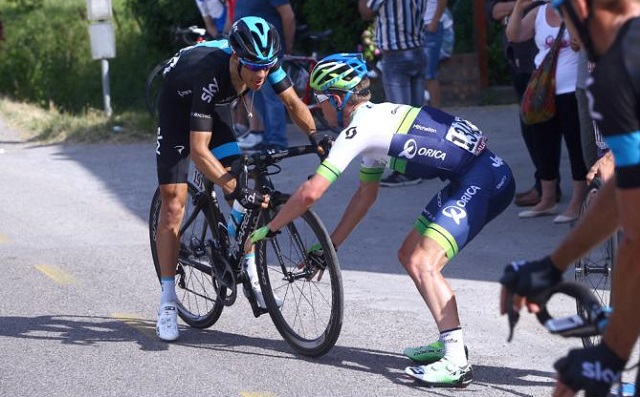 Richie Porte (Sky) has been penalised two minutes in the Giro d’Italia today by the race jury after he received an illegal wheel change from Orica-GreenEdge’s Simon Clarke following a puncture.

The Tasmanian punctured with seven kilometres remaining of stage 10 from Civitanova Marche to Forlì. Despite a hard chase, he lost 47 seconds to his rivals in the bunch. However, worse was to come as commissaires later issued a statement confirming that Porte had been docked two minutes.

UCI rule 12.1.040 prohibits “non-regulation assistance to a rider from another team” with a two-minute penalty and a fine of 200 Swiss Francs for a first offence.

Porte had started the day just 22 seconds behind race leader, Alberto Contador (Tinkoff-Saxo). However, he has now dropped to 12th on GC, 3’09 behind the Spaniard.

“Clearly there was little to be done, rules are rules, and I think rules have to be respected for the credibility of this sport and, in this case, the credibility of the Giro d’Italia,” race director Mauro Vegni told reporters afterwards. These are race matters and they are judged by the commissaires and their decision is final.” 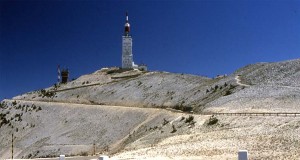