Hennebont Cyclisme, based in Brittany, will act as a feeder team to the new UCI Continental team Dynamo Cover Pro Cycling. The team race at Hors Division Nationale Level.

Yates is the son of former British professional Sean who enjoyed a long and successful career. Amongst the races that Yates Senior won were stages of the Tour de France, Vuelta a Espana, the Critérium du Dauphiné Libéré and the GP du Midi-Libre.

Jesse Yates signs from InGear Quickvit Trainsharp in the UK, but also raced in France during the 2015 season. He had some top 20 placings including 14th in TAM – Beuzec-Conq and 17th in the Grand Prix de Lorient-Lanveur.

Foley previously raced for the team in 2014 before moving to AC Bisontine for the 2015 season. The Corkman previously rode for the Nicolas Roche Performance Team. Fellow Cork rider O’Brien joins from Team Aquablue.

A number of other Irish and British riders have also raced for Hennebont in recent seasons including Dominic Jelfs, Charlie Prendergast, Sam Allen, Douglas Dewey and Daniel Stewart. 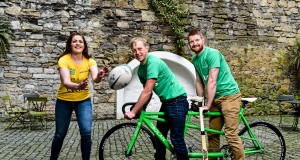