Sean Quinn is set to compete as a stagiaire for Deceuninck – Quick-Step for the remainder of the season, with his debut coming in just a couple of days, at the Gran Piemonte.

Hailing from Los Angeles, 20-year-old Quinn has enjoyed a strong spell in the Junior ranks, which saw him earn a string of top 10 placings in some of the most important stage races on the calendar – Tour du Pays de Vaud, Course de la Paix, and the World Championships – before making the transition to the pro world with Hagens Berman Axeon.

In 2019, he came close to winning the youth classification at the prestigious Triptyque des Monts et Châteaux before repeating that result at the U23 Giro d’Italia, where a consistent ride netted him sixth place in the overall standings. Just a couple of months later, in January, he joined Deceuninck – Quick-Step for the Calpe training camp, and seven months later will get to sport the team’s jersey in several races, first of which will be next week’s Gran Piemonte.

“I grew up in Los Angeles. Cycling’s not very popular in the US, but luckily my parents are big fans of the sport and I began watching the Tour de France every summer. One year, it got me hooked, so I started watching it every day, and then, at the age of 9, I got my first road bike and began racing. The competition got harder and harder, but I was able to progress and ended up racing with the Junior US National team. From there, I signed with Hagens Berman Axeon, which is such a great team that has produced a high-quality number of riders, two of whom – Ian Garrison and João Almeida – now race for Deceuninck – Quick-Step”, said Quinn when asked about his background in the sport.

“I can’t put myself in one box, but I’d like to consider myself a GC rider, the kind of guy who is strong in the mountains, but who can also make his way on the flat and in the time trials”, continued the 20-year-old before talking about the expectations he has for his stagiaire stint. “Having attended the team’s training camp in the winter, I have a good idea on how it runs, but watching them work at races will be a completely different thing, to which I look forward. I will see where I fit in, try to help out the team and just see what happens. It’s exciting and I can’t wait for it.”

“Sean is an interesting young rider who performs best on hilly races and in the mountains,” said Deceuninck – Quick-Step trainer Koen Pelgrim. “He showed great potential last season at the Girobio as a first-year U23. When he joined us last winter for our training camp, he made a good impression both as a rider and as a person. We look forward to seeing him in action in the professional races with us and getting to know him better.” 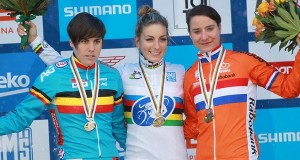