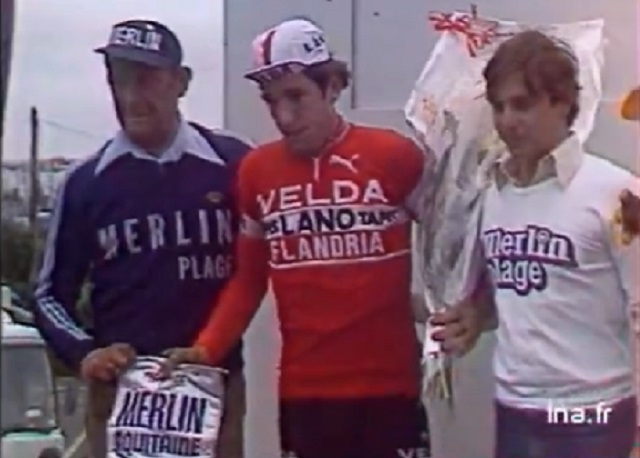 Despite winning the green jersey four times, which was a record at the time, Sean Kelly “only” managed to win five stages of the Tour de France during his career. This was in part due to being marked so closely during the race. His first stage win came in the 1978 race.

In just his second season as a professional, Kelly was selected to ride the Tour de France for his Flandria-Velda team. He would have to ride in support of his Belgian team-mates Freddy Maertens who was aiming to win the green jersey, and Michel Pollentier who was aiming to win the race overall, in addition to the Portuguese rider, Joaquim Agostinho who was also aiming for the overall. Despite his role as a domestique, Kelly would be allowed some freedom to try for a win if the opportunity arose, and he confirmed that, saying, “Maertens said I can go any time if there is a likely breakaway.”

After finishing second twice and third another time in the opening stages, Maertens finally got a win on the fifth stage to Mazé-Montgeoffrey and this helped to take the pressure of the team. The following day to Poitiers, Kelly was allowed the freedom to race for himself and he escaped with four others including his team mate René Bittinger with thirty five kilometres remaining.

The other three in the break were the Belgian Joseph Bruyère, Swede Sven-Ake Nilsson and Dutchman Gerrie Knetemann. Coming into the finishing straight, Kelly looked to be easily winning the sprint but the Dutchman was closing in fast on him, but not fast enough. Kelly just managed to hang on take his first stage in the Tour and Ireland’s second ever, whilst Knetemann took over the yellow jersey.

Kelly finished the race in 34th place overall, 1 hour and 10 minutes behind the winner, Bernard Hinault. Here’s some footage of the last few kilometres of the stage. 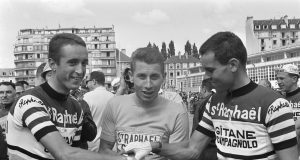 Jacques Anquetil: The Man, The Mystery, The Legend (VIDEO)