Sean Downey is set to return to professional cycling by joining up with his 19 year-old brother Mark at the new British Continental team Dynamo Cover Pro Cycling.

The former VC La Pomme Marseille and Côtes d’Armor rider announced earlier this year that he was leaving the An Post Chain Reaction team that he had raced with since 2012 to return home. It followed on from a very difficult year for the 25 year-old as he struggled with illness including a sinus infection.

According to La Gazette des Sports, Downey was contacted by the team’s Directeur Sportif Yann Dejan about making a return. The Banbridge rider said: “With family in the team, it’ll make things easier. We will be able to help each other. In addition, we will be based in Brittany, a region that I love!”

It was in Brittany where he gained one of his best results in 2012, 8th overall in Kreiz Breizh Elites (UCI 2.2).

The new team’s race programme for 2016 will be mainly focused on the European and UK circuit with races in Asia and North America. Former professionals Joel Pelier and Benoit Salmon will also be involved with the team, 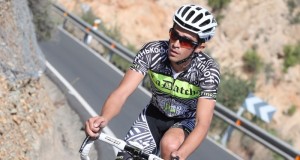