The final race at the UCI 2016 Road World Championships in Doha, Qatar today was the Elite Men’s Road Race and Irish rider Sam Bennett’s hopes of a podium were dashed in the desert heat when a combination of factors pushed him out of the winning break, and out of the race.

On a day where only 53 of the 199 starters completed the race, all three Irish riders were listed as DNF. The 257.5km race was aggressive from early on and the riders had to contend with heat and strong winds on the flat course. A fast race was expected with echelons expected by many.

At around the 75-kilometre mark, the Belgian and British teams put the hammer down and within seconds the race was blown apart as echelons formed.

Bennett managed to make it into the front group alongside the likes of Peter Sagan, Tom Boonen, Niki Tepstra, Mark Cavendish and Elia Viviani. However, the Irish rider struggled in the heat and dropped out of the group before retiring from the race.

Ryan Mullen, who had finished 5th earlier in the week in the Elite Men’s Time Trial, was pulled out with one lap remaining, as was Matt Brammeier, who suffered three punctures in the race.

Irish Team Manager Kurt Bogaert had predicted the winning move to come after 75km of racing, and Sam Bennett moved smartly to move with the key riders: “We knew the move was going to happen at about 75km with the Belgian team, they were talking to the Belgian press during the week. Sam was in the right spot and went with it. Unfortunately a combination of factors meant he couldn’t stay there.”

“He was sick two weeks ago, so in the desert it was hot and dry, and he got overheated. He dropped to the second group which had the Germans in it, who were pushing up the speed because they needed to chase, but Sam got more and more problems with the heat – shivers and everything – I gave him ice, but it was not worth it to continue.”

“We made the right decision to stop him, something bad could happen, and he had given everything to be in the first group but circumstance showed it was not possible to continue.”

Over the past year the Carrick-on-Suir man has shown that he has comfortably made the leap into the elite ranks, in particular with his win in the Paris-Bourges 1.1 class race earlier this month.

Bogaerts believes that he is at the right level, but luck was not with him today, saying: “Sam is at the level to keep with that top competition, he has won two UCI races in the last month before the Worlds, so he can take that with him. He was sick a couple of weeks ago and lost about ten days training, so when he was going into the red zone too early in that heat there’s nothing really you can do.”

Mullen and Brammeier were also in action, and raced well today, with Brammeier getting unlucky with three punctures and Mullen missing out on the winning lead group, a group in which Bogaerts believes that he was capable of being part of.

“Ryan has the strength to be in that first group, he missed a bit of road racing experience to get there, and was maybe a little scared of the big names like Boonen and Van Avermaet, but he has learnt a lot from today,” said Bogaerts.

“He knows now that with his kind of legs he can go with the big moves, he needs to go with them because today he ended up in a group that was too easy for him, even though it was a good group. It was pulled on the last lap even though it was only ten minutes behind the leaders, which is not normal, it would have been nice for him to be able to finish here.”

“Ryan trained specifically for the Time Trial, and when you look at his result, finishing 5th against the best riders in the world; he did the right thing preparing for that. More road experience and confidence will come with time. Matt was unfortunate to get three punctures today, so it really wasn’t his lucky day!”

It has been a good week for Irish cycling, with Irish riders getting four top thirty results, and in particular a week which saw outstanding time trials from Mullen and U23 Eddie Dunbar. Bogaerts is pleased with the standard of racing this week: “We had a good week across the categories, even though sometimes luck was not on our side. There were the crashes in the U23 and Junior Road Races which caught us out, but then we had great results in the Time Trial, which is probably the hardest event in cycling, as it is a true test of strength only the rider against the clock. Eddie and Ryan both were very impressive here.” 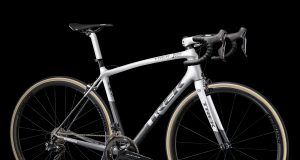 Alberto Contador to ride customised Trek at the Vuelta a España