SportsPro has produced its annual list of the world’s 50 most marketable athletes and three cyclists have been included in the list – Peter Sagan, Nairo Quintana and Lizzie Armitstead.

Rather than producing a list of the most celebrated or highest-paid individuals in sport, Sportspro base their rankings on who they consider to be the best value for money from a marketing point-of-view.

Athletes from across the world have been ranked according to their marketing potential over a three-year period from this summer and the criteria are as follows:
• Value for money
• Age
• Home market
• Charisma
• Willingness to be marketed
• Crossover appeal

That doesn’t mean that the biggest names in sport are excluded as Lionel Messi, Cristiano Ronaldo, Novak Djokovic and Usain Bolt are amongst those in the top 50.

World Champion Peter Sagan is the highest ranked cyclist in 26th place with the Colombian Nairo Quintana in 37th and another World Champion, Lizzie Armitstead is in 46th position.

Regarding Sagan, Sportspro cite the example of his wedding last year as an example of how the Slovakian is able to gain media attention even when he’s off the bike. Quintana’s potential to win the Tour de France and helping to return the bike to the national consciousness of Colombia has enabled him to gain his place on the list.

With regard to Armitstead, the compilers of the list feel that there is potential for an increase in marketing opportunities in women’s cycling and Armitstead can be at the forefront of this.

“A two-year contract extension with her UCI team, Dutch outfit Boels-Dolmans, signed in early May, will ensure Armitstead remains a presence on the circuit well beyond the UK and also offers a guarantee of stability to both her current and potential commercial partners. With women’s cycling remaining a relatively unexplored field from a brand perspective, Armitstead could yet find herself as an unexpected pioneer.”

You can read the full article here. 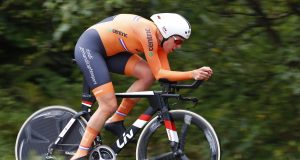