Teams have been familiarising themselves with various cobbled sectors of Paris-Roubaix in advance of Sunday’s WorldTour race and judging by some of the photos and video footage being posted, the riders could be facing very difficult conditions.

Amongst the teams who have been checking out sections of the course have been BORA-hansgrohe, LottoNL-Jumbo, Cofidis, Lotto-Soudal, EF Education First – Drapac p/b Cannondale, Vital Concept Cycling Club and Groupama-FDJ.

Photos from sectors including Camphin-en-Pévèle and Wallers-Arenberg show numerous puddles with some sections of pavé covered in mud.

Frederik Willems, Directeur Sportif with Lotto-Soudal confirmed that: “Some sectors good, others really bad. Already a lot of spectators on the road during recon.”

Marcus Burghardt of BORA-hansgrohe said that: “I never saw conditions like this for Roubaix. The cobbles are wet and a lot of mud on them so it’s really slippery. If it stays like this, we can expect a really tough race.” 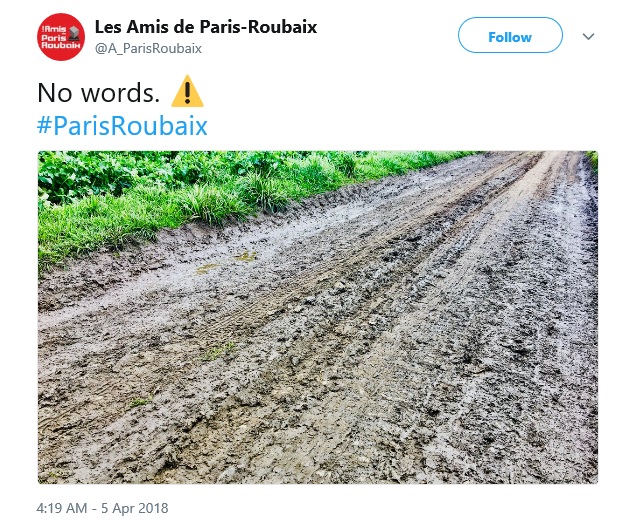 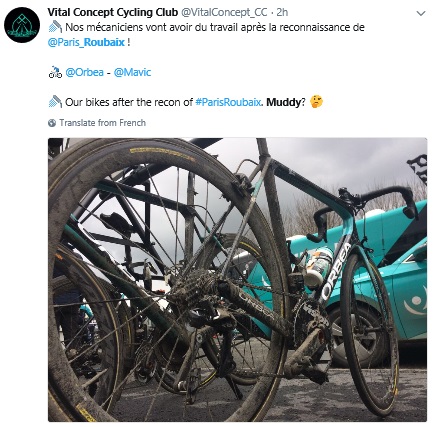 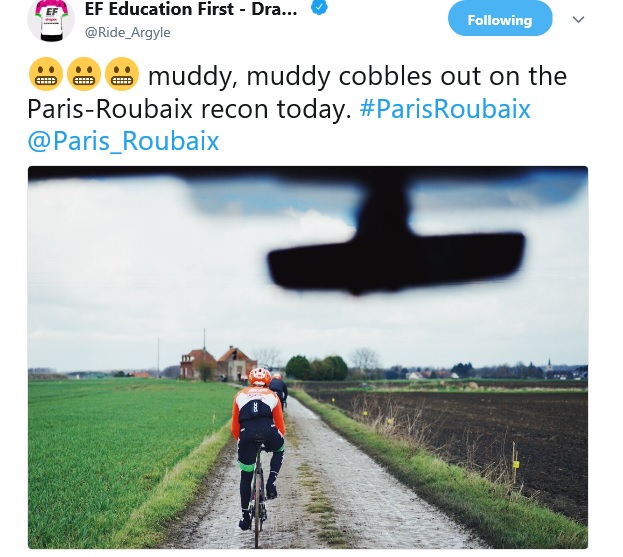 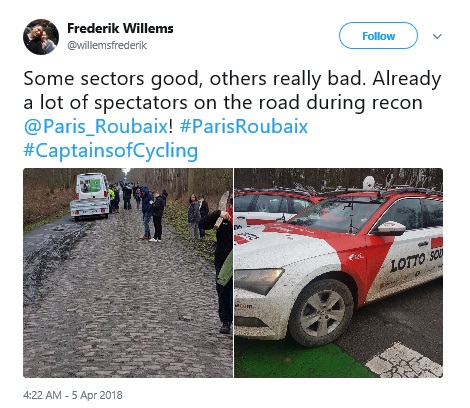 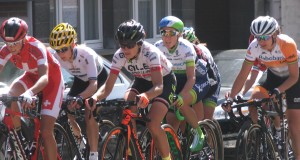