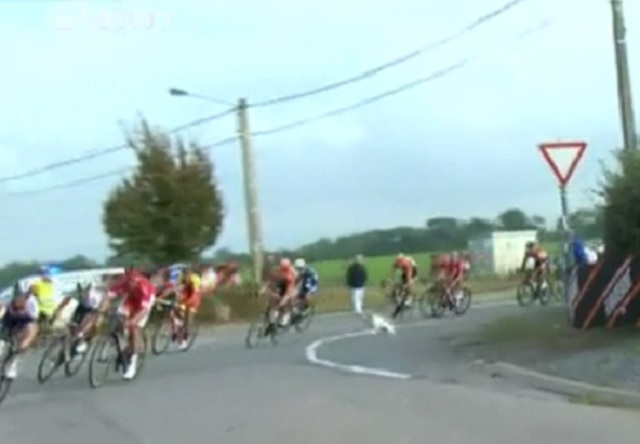 Riders at Binche-Chimay-Binche had a lucky escape yesterday when they managed to avoid crashing after a dog ran into the peloton.

The incident happened with just 7.3 kilometres of the race remaining as the peloton led by an IAM Cycling rider, rounded a corner.

A Cofidis rider who was sitting in second place was unable to avoid hitting the dog but managed to stay upright, and the dog was also able to get back up on his feet. 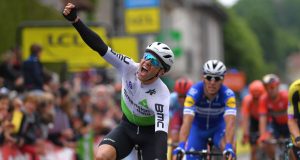