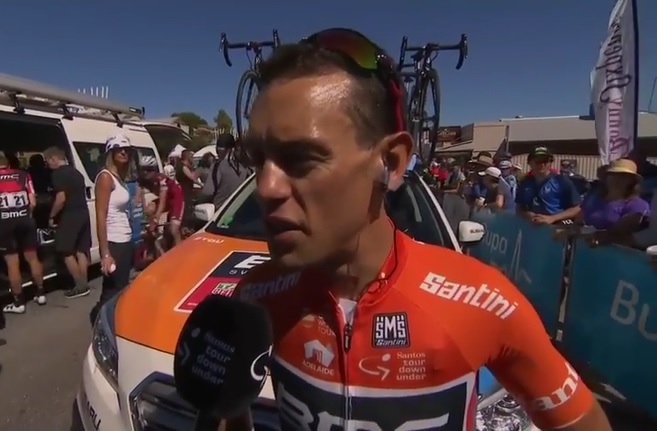 Richie Porte (BMC Racing Team) has today taken his fourth consecutive win on Willunga Hill at the Santos Tour Down Under after attacking alone on the final time up the climb.

Porte crossed the line twenty seconds ahead of Nathan Haas (Team Dimension Data) and Esteban Chaves (ORICA-Scott), and now leads Chaves by 48 seconds overall ahead of the final stage tomorrow.

Three remaining breakaway riders remained in front on the first ascent of Willunga Hill but with 10km to go the reduced peloton was closing in.

At the bottom of the final ascent it was a small group of riders left with Porte joined by teammate Rohan Dennis. As riders began to drop, Porte attacked with 1.7km to go and managed to accelerate clear of his rivals and take the solo win for the fourth time in his career. Porte’s win was also enough to secure the King of the Mountain classification.

“To win the stage like that is great,” said Porte afterwards. “I get the accolades up there on the podium as the winner, but I can’t say enough for my teammates. Each and every one of them put me in a great position today and it’s just nice to finish it off. With one day to go I’d love to win this race. I’m so happy.”

“It was the hardest climb up Willunga Hill that I’ve had so far. I didn’t want to go so early but I didn’t think they would attack so early on Willunga Hill. I was in a world of pain there. But the other guys were more stuffed than I was so I think that was the perfect moment to go.”

“Tomorrow’s not a procession. I’m in a good position and I think I can stay out of trouble. I just want to finish it off tomorrow. I’ve always wanted to win this race since I raced it with UniSA. I’ve said it before, I’d love to have my name up there.” 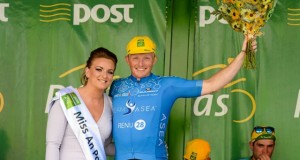