A proposal to make the use of hi-viz vests and helmets compulsory for cyclists in Ireland has been in the news recently. At this week’s conference of the Association of Garda Sergeants and Inspectors (AGSI), sergeants and inspectors from the Sligo-Leitrim division have called for the new legislation to make hi-vis clothing for pedestrians and cyclists.

The motion for pedestrians wasn’t passed but the amended motion to make high-visibility clothing mandatory for all cyclists was voted for by mid-ranking gardaí.

However, research from the UK suggests that the use of hi-viz clothing by cyclists will not prevent drivers from passing extremely close to cyclists.

The research was conducted by Ian Walker (Department of Psychology, University of Bath) and Ian Garrard and Felicity Jowitt (Brunel Institute for Bioengineering, Brunel University) and outlined in the paper ‘The influence of a bicycle commuter’s appearance on drivers’ overtaking proximities: an on-road test of bicyclist stereotypes, high-visibility clothing and safety aids in the United Kingdom.’

A high-visibility cycling jacket was also used, as were two commercially available safety vests, one featuring a prominent mention of the word ‘POLICE’ and a warning that the rider was video-recording their journey, and one modelled after a police officer’s jacket but with a letter changed so it read ‘POLITE’. 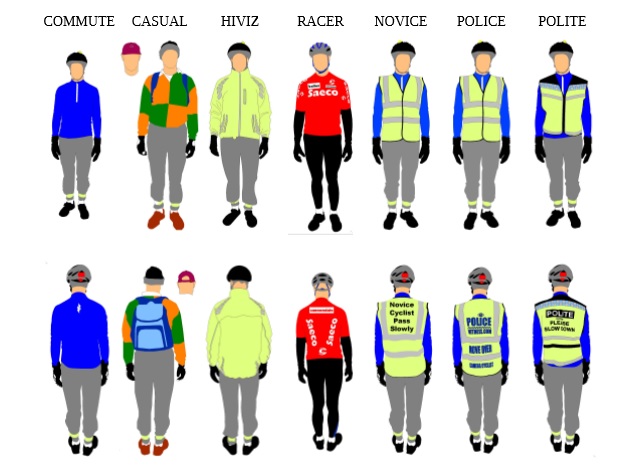 An ultrasonic distance sensor recorded the space left by vehicles passing the cyclist on a regular commuting route. 5690 data points fulfilled the criteria for the study and were included in the analyses. The only outfit associated with a significant change in mean passing proximities was the police/video-recording jacket.

Contrary to predictions, drivers treated the sports outfit and the ‘novice cyclist’ outfit equivalently, suggesting they do not adjust overtaking proximity as a function of a rider’s perceived experience. Notably, whilst some outfits seemed to discourage motorists from passing within 1 metre of the rider, approximately 1-2% of overtakes came within 50 cm no matter what outfit was worn.

According to the researchers, this suggests there is little riders can do, by altering their appearance, to prevent the very closest overtakes.

They also go on to suggest that infrastructural, educational or legal measures are more promising for preventing drivers from passing extremely close to cyclists. 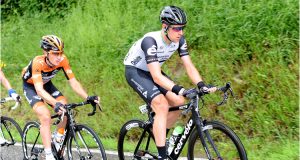