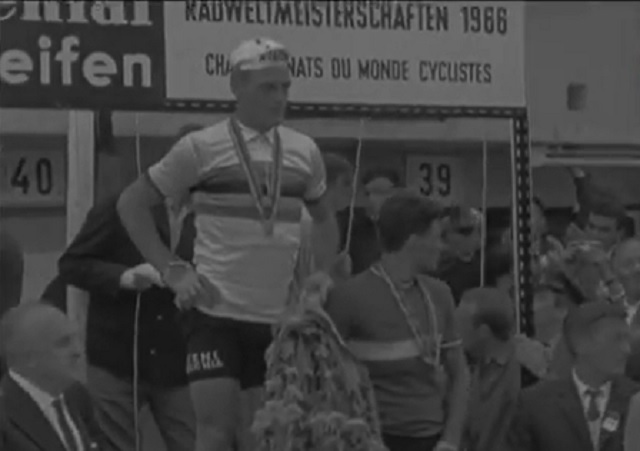 Former German professional Rudi Altig has passed away at the age of 79 after a battle with cancer. The German Cycling Federation announced the news yesterday and he leaves behind his wife and three children. He will be remembered as one of the greatest ever German cyclists.

Altig notched up some great wins during his long and varied career including the Vuelta a España in 1962, the Tour de France green jersey in 1962, the Tour of Flanders in 1964, the World Cycling Championship in 1966 and Milan – San Remo in 1968. In addition, he also won the individual pursuit World Championships twice, in 1960 and 1961.

His win at the World Championships in 1966 followed on from a silver medal the previous year behind Tom Simpson. The 1966 race would take place at the Nurburgring motor racing circuit in his home country on a tough lap.

It was a controversial race that year for a number of reasons. Firstly, the Italian rider Gianni Motta was accused of riding for Altig, his Molteni trade team-mate rather than for the Italian national team.

In addition, Jacques Anquetil who had previously raced alongside Altig on the St. Raphael team was also accused of riding for the German. Some members of the press claimed that Anquetil would prefer to see Altig take the victory rather than his French team-mate Raymond Poulidor who was also in contention.

Anquetil and his wife had stayed with the Altigs prior to the race which gave some credibility to the allegations. Another ally of Altig’s that day was Irish rider Shay Elliott. Elliott and Altig had also been team-mates on the St. Raphael team earlier that decade and had trained together in the run-up to the Worlds.

If Elliott was unable to take the win, he would prefer to see Altig victorious rather than Anquetil or another French rider Jean Stablinski who was also in contention.

Altig did indeed beat Anquetil and Poulidor. into second and third respectively. He had bridged across to the two Frenchmen on the last lap with the help of Elliott and was easily able to outsprint the pair.

More controversy was to follow though after, as the first three riders home refused to provide urine samples for a drugs check, arguing that they felt the controls for carrying out the tests were too lax.

All three were initially disqualified before the decision was overturned ten day’s later, as the UCI allowed the original result to stand.

In winning the Worlds Road, Altig had achieved the rare double of the World Professional Pursuit and Road titles. The only rider to achieve it by that time was Fausto Coppi. 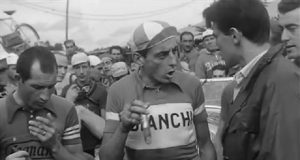