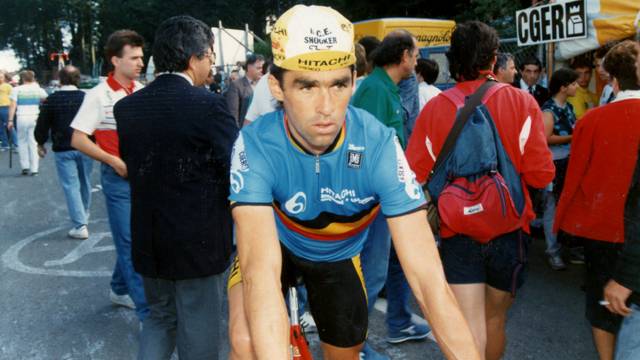 The great Belgian cyclist, Claude Criquielion sadly died yesterday, after suffering a stroke at the age of 58. Criq was one of those old-school cyclists who could handle any type of race, from cobbled classics to Grand Tours.

He built up a fairly impressive palmares during his career, with victories such as Flèche Wallonne in 1985 and 1989, the Tour of Flanders in 1987, Clásica de San Sebastián in 1983, the Tour of Romandie and GP du Midi Libre in 1986.

Arguably his most memorable win though, was the 1984 World Championships in Barcelona. 119 riders started the race which consisted of 19 laps of 13.45 km, totaling 255.55 km. Amongst the favourites prior to the race were Francesco Moser, Sean Kelly and Bernard Hinault, but they all suffered on the day on the circuit based around Montjuich.

On the penultimate climb, Criquielion left the rest behind to go on and win alone, ahead of Claudio Corti and Steve Bauer. There were only 31 classified finishers.

Here’s the last half hour of the race.