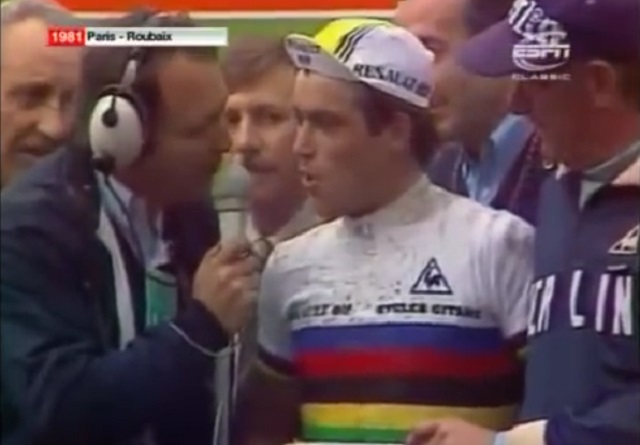 By the time of the 1981 Paris-Roubaix, it had been 25 years since the last French winner of the country’s biggest one-day race. Louison Bobet had been the last home winner in 1956 and the race had been dominated by Belgians and to a lesser extent Italian riders in the decades after.

In the run-up to the 1981 race, there was nothing to indicate that anything was about to change. However, Bernard Hinault would take one of his biggest one-day wins in Roubaix that year and stop the dominance of the foreign riders.

In his first attempt at the Hell of the North the previous year, Hinault had finished in fourth place, over six minutes behind the winner Francesco Moser, who won his third Paris-Roubaix. Later that year, Hinault won the World Championships, meaning he would start the 1981 Paris-Roubaix in the rainbow jersey.

The Breton felt he had something to prove in the race saying beforehand: “I believe I’ve already shown that I am the strongest rider and I now I have to prove that I’m also the best on those wretched cobblestones.”

It rained that day which would result in an extremely difficult day on the cobbles. In fact, Hinault fell seven times. At one stage, he had to run through a field to avoid a motorbike which had crashed in front of him. With 13 kilometres remaining, a small black dog (called Gruson) ran out in front of Hinault taking him down again.

The Badger remounted and enraged, set off in pursuit of the small lead group he had been part of. Coming into the velodrome at Roubaix, the race was between a group containing some really strong riders.

Apart from Hinault, there were three previous winners in the group – Moser, Roger de Vlaeminck and Marc Demeyer. Between the three riders, they had won the previous seven editions of the race.

Moser was aiming for an unprecedented fourth consecutive victory and de Vlaeminck was hoping to become the first rider to win the race five times. Guido van Calster and Hennie Kuiper were the other two riders in the group.

With over a lap of the track remaining, Hinault started winding up his big gear. Demeyer did go past the Breton for a few seconds before Hinault retook the lead. Coming out of the last bend, it looked like de Vlaeminck might come around him, but Hinault held on. 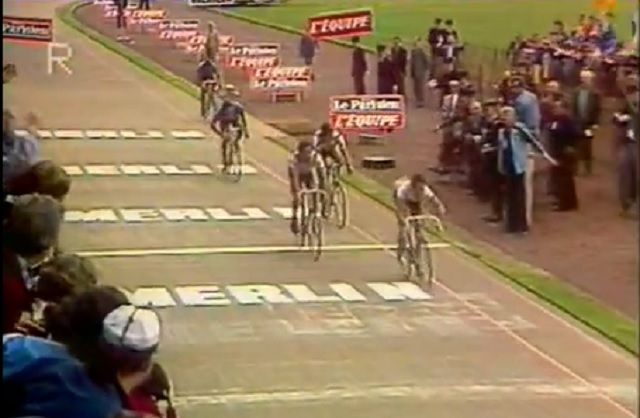 When asked afterwards about his thoughts on the race, he said, ”Paris Roubaix est une connerie!” (“Paris Roubaix is bulls**t!”)

He only did the race one more time, as defending champion in 1982. He would be criticised by some afterwards for not entering Paris-Roubaix again, but responded at one stage saying, “I don’t go into offices and tell people to work harder, yet people ask me to be the strongest on the cobbles.”

Leave a Reply to Will Blizard Cancel reply 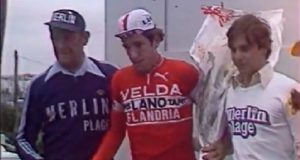