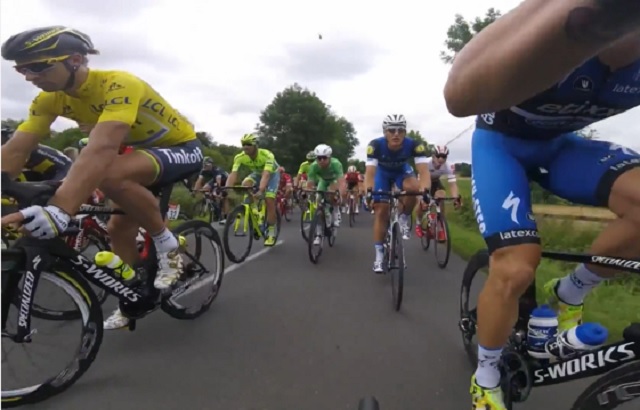 Today’s third stage of the Tour de France stage from Granville to Angers was a slow one with a 215 kilometres long breakaway by Armindo Fonseca (Fortuneo-Vital Concept) who rode away from the gun.

He got a maximum advantage of 11’05” at km 25, after which the Tinkoff team set a tempo at the head of the peloton but the Breton rider was still able to exit Normandy and enter his province alone in the lead.

At Gastines with 83km to go, Fonseca was joined by Thomas Voeckler (Direct Energie). They stayed clear for the next two hours of racing before being reeled back in by the sprinters’ teams.

Coming towards the finish, Mark Cavendish (Team Dimension Data for Qhubeka) was positioned by his team-mates right behind André Greipel (Lotto-Soudal) who he outsprinted by a very small margin. Peter Sagan (Tinkoff) retained the yellow jersey.

Here are onboard highlights from the stage. 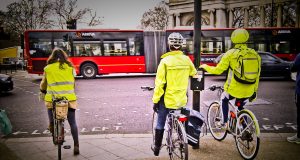