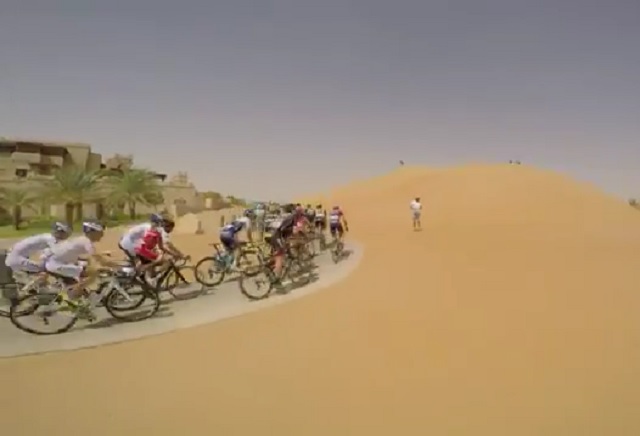 Velon have posted onboard footage from the opening stage of the Abu Dhabi Tour which started yesterday. Cameras were placed on the bikes of Peter Sagan, Marcel Kittel, Michael Matthews and Tom Boonen amongst others.

The race took place in searing desert heat which resulted in the stage being shortened by 14 kilometres to 159.9 kilometres. Temperatures were said to be ranging from 40 to 45°C.

Riders can be seen passing bottles between each other in the footage, and there was a considerable amount of criticism after the stage from the riders. One rider is also seen dousing himself with water after the stage

One thing that’s noticeable from the footage is the shortage of spectators at the race, which is what we have come to expect from the various races in the Middle East.

The footage also shows the incredible acceleration that Andrea Guardini (Astana) put in at the end to pass Peter Sagan (Tinkoff-Saxo) and take the win ahead of Tom Boonen (Etixx – Quick-Step) and Sagan’s team-mate Daniele Bennati. 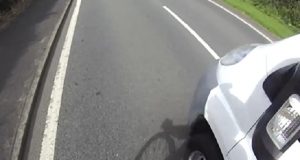