Throughout July and early August, Team Sunweb’s Men’s team along with the Women’s and Development will take part in a training camp in Kühtai, a town in the Austrian Alps situated at 2000 metres.

The hotel they are staying at will be open exclusively for Team Sunweb, with different rider groups from all three programs checking in and out at different periods throughout. In close cooperation with the facility, extensive precautions regarding health and safety are being taken.

The team will operate in multiple bubbles for rider and staff groups, with no two bubbles allowed to mix during their travel, or time on the camp. In addition, all riders and staff must provide a negative COVID-19 test before travelling to the camp.

Following on from July’s Team Camp, a similar squad to the Tour team will tackle the classics at Strade Bianche, Milano-Sanremo then head to the Dauphine ahead of Tour de France, followed by the Flemish classics.

Team Sunweb head coach Rudi Kemna said: “We will work towards specific goals at each of the Grand Tours and target results in the big classics, which we will approach with a strong block of riders. The Tour de France awaits as the first of the Grand Tours on the calendar, where we will aim for stage success through sprints and offensive racing. The goal at the Giro d’Italia will be the GC and difficult sprints. While the Vuelta a España will be about the development of our young and promising talents, with a few of them getting the opportunity to make their grand tour debut.” 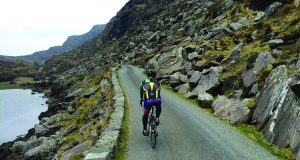 Cycling Kerry – A new guide to the best cycling routes...