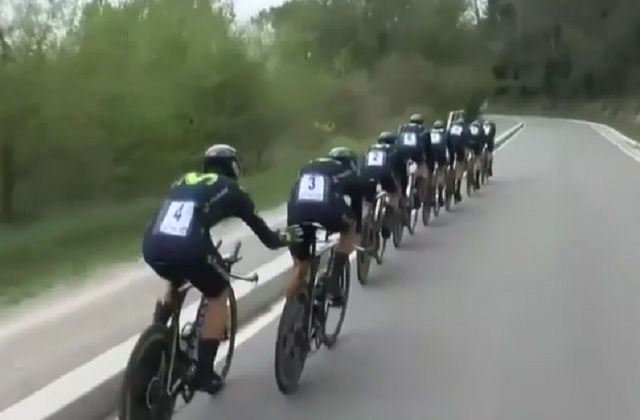 The Movistar team have expressed their disappointment over the UCI’s decision to give all of their riders a one-minute penalty after Jose Joaquin Rojas was seen pushing two other team-mates during the Stage 2 team time-trial on Tuesday.

Rojas had originally been penalised for the incident, receiving a three-minute penalty. The race jury then decided to penalise the whole team, meaning the race leadership passed from Alejandro Valverde to BMC Racing’s Ben Hermans.

The Spanish team subsequently released a statement expressing complete disagreement with the decision and stating that in their opinion the move by Rojas had not impacted the race result.

The statement from Movistar is as follows:

“After the events that happened following the team time trial of the Volta a Catalunya, with a one-minute penalty being eventually imposed over the eight riders that claimed victory on the stage yesterday, the Movistar Team wants to express its complete disagreement towards the sanction received.”

“It’s a penalty due to an infringement which we consider absolutely non-existent. The rider performing the action does not “push” his team-mates, but touches the back of them with his right hand to warn them that they must take his position into the team row, a fact that doesn’t influence the race’s outcome at all.”

“We deeply regret that a sporting event sees its results distorted by the application of a rule which punishes pushing between team-mates, something which, as shown by the images, was not the case yesterday. We consider this sets a dangerous precedent for the future, since any touch between riders from now on will have to be punished.” 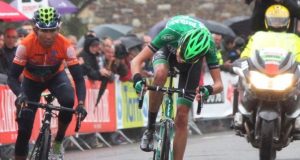