Movistar Team have announced a shortlist of twelve riders for the 2017 Vuelta a España, which starts in Nîmes (France) on Saturday, August 19th.

Twelve riders have been announced on the shortlist with the nine-man team set to be announced in early August.

The official lineup will be confirmed after the team competes at the Clasica a San Sebastián (Saturday 29th), Tour of Poland (29th – August 4th), Circuito de Getxo (Monday 31st), Vuelta a Burgos (August 1st-5th) and the BinckBank Tour (7th-13th).

The team endured a difficult Tour de France which saw Alejandro Valverde crash out of the race on the opening stage in Dusseldorf and he was subsequently diagnosed with a fractured left kneecap and a fractured talus. 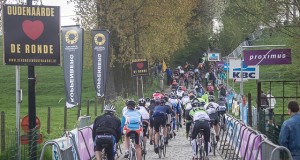 Tour of Flanders Cyclosportive sells out all 16,000 places