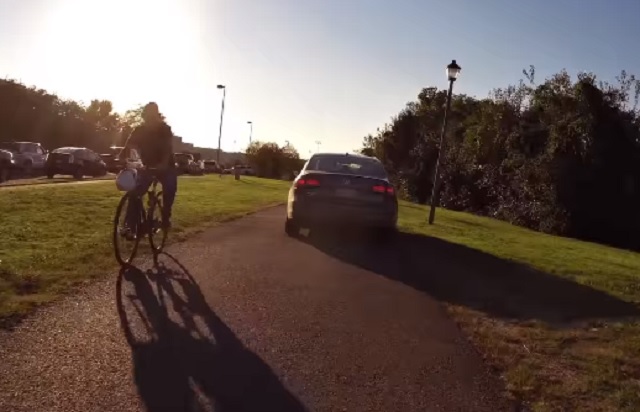 A cyclist has posted a video online of a motorist in Virginia, U.S.A. who decides to overtake traffic by driving past the other motorists on an adjacent bike path.

As the cyclist rides onto the Four Mile Run Park Trail near Potomac Yard, the car can be seen facing the opposite direction of the traffic, before the driver decides to do a u-turn.

At the point where the driver turns the car, a sign can be seen which states: “Motorized Vehicles Prohibited.”

The driver then proceeds down the path, forcing cyclists and pedestrians off the lane. It seems it’s not the first time that cars have used the path.

The footage was uploaded by YouTube user trey197 who said: “Not looking to shame the driver. Cars on the trail have been previously reported to the city. Would like Alexandria to at least address the inadequate signage at the trail entrance.” 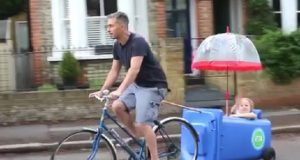