Mitchelton-SCOTT has confirmed its 25-rider men’s squad for the upcoming 2019 season, looking to build on one of the team’s most successful seasons to date.

The Australian outfit recorded 38 UCI victories, including 17 WorldTour wins, six Grand Tour stages and their first Grand Tour victory at the Vuelta a Espana, in 2018. In 2019, the focus will remain heavily on Grand Tour general classification success, as well as the Flemish and Ardennes Classics period.

“We want to continue our success in the Grand Tours, continuing to back our GC riders for overall victory and the Classics are also still a focus for us,” head sport director Matt White declared. “We have a Flemish and Ardennes group that are capable of winning up there and it’s still a very big goal for the team.”

“It’s exciting for us and our fans to carry the momentum into 2019. This year has been one of our most successful years, we want to carry on that success straight away from January onwards.

“We can go into next season with another degree of confidence and self-belief, and line up in the three Grand Tours knowing that we have done it once and the challenge for us is to keep doing it.”

Whilst developing the trio, the outfit has also been focussed on developing a dynamic squad around them and has achieved an element of depth that allows the team to focus on races throughout the full 10-month calendar.

“We’re a team that couldn’t target one Grand Tour with a general classification rider not too long ago,” White recalled. “Now we target three Grand Tours a year and basically with different groups.”

“There’s certainly a degree of depth in our team now and that shows with the results we were able to achieve in our ten months of racing.”

The Mitchelton-SCOTT squad remains at 25 riders, with the introduction of seven new faces to the team. American Brent Bookwalter (34) and Ethiopian Tsgabu Grmay (27) are the two experienced recruits, whilst the other five additions – Edoardo Affini, Nick Schultz, Callum Scotson, Dion Smith and Robert Stannard – provide an injection of youth, all 25 years of age or younger.

“We are losing some experienced riders from the team but every team needs to regenerate and we are in a growing phase as well,” White explained.

“We have our established leaders, and that is clear, but we are also thinking ahead to back those guys up for the longer-term goals as well as short term.

“We’ve got some really exciting young talent coming into the team and the average age of our team has dropped. These young talents come from different facets of our sport as well, from time trial specialists to climbers to developing classics riders. I am really happy with the final make up of our group, our future looks very exciting.” 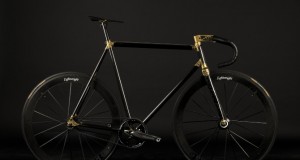 A thing of beauty