Following on from a restriction in car use in the city in recent years, Milan which is one of the most polluted cities in Europe is now considering paying commuters to cycle to work.

Road transport is considered to be the major cause of air pollution in urban areas, so authorities are trying to persuade as many people as possible to consider alternatives to private transport.

In France in 2014, a similar scheme was trialled over a six-month period that paid commuters to cycle to work. Twenty companies employing a total of 10,000 people signed up to the scheme and the companies would pay their staff €0.25 cent per kilometre cycled to work.

Some of the companies involved were Caisse d’Épargne Normandie in Bois Guillaume, Crédit Coopératif in Nanterre, Air Lorraine in Metz, MMA insurance in Le Mans and Vélogik in Lyon.

However, the French project only had moderate success with just a few hundred signing on. The French transport minister had hoped that the scheme would see an increase in commuting by bike by 50%.

Milan’s councillor for mobility, Pierfrancesco Maran, told The Guardian he wants to “reimburse those who go to work by bike, a project similar to the one in France.”

Milan was named as Europe’s most polluted city in 2008 and city officials have limited traffic on several occasions in the past, first trying out a ban in 2007. Late last year, the authorities banned cars, motorcycles and scooters for six hours a day for three days in a bid to combat smog. 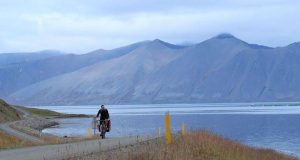