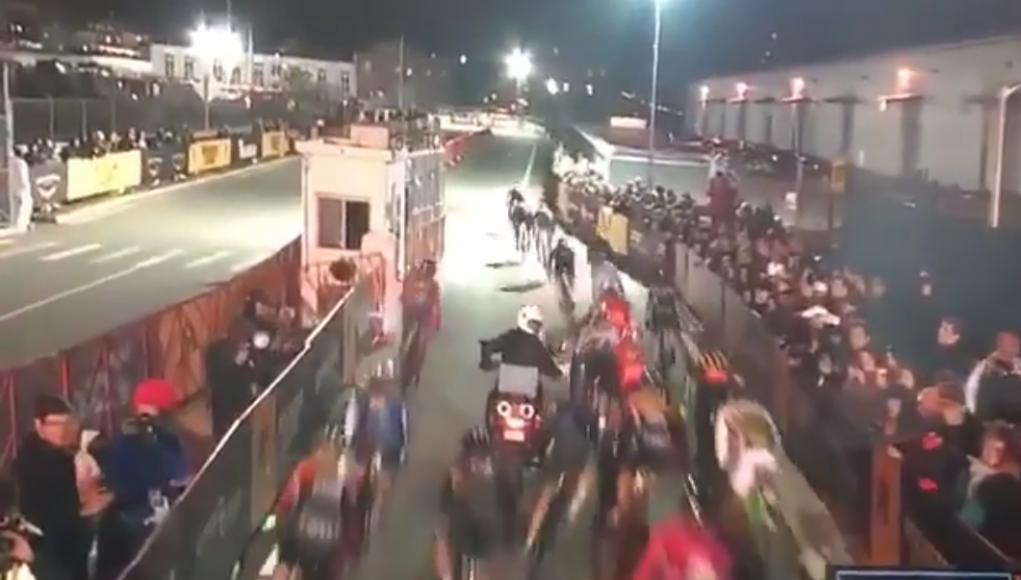 There was a massive pile-up at the Red Hook Crit in Brooklyn, New York yesterday evening when a motorbike stalled in front of the peloton of the Elite men’s race.

The motorbike stopped in the middle of the road, and although the first few riders managed to avoid the motorbike, others were not so lucky.

The series of races sees riders use fixed gears and the races are described as showcasing “athletes racing on brakeless track bikes around a short technical circuit.”

The incident took place at the start of the just after the riders had crossed the start line. Below is some onboard footage of the incident from Antoine Fabry. 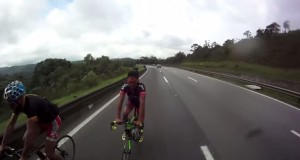 Madness – Drafting Behind a Truck at 124 km/h