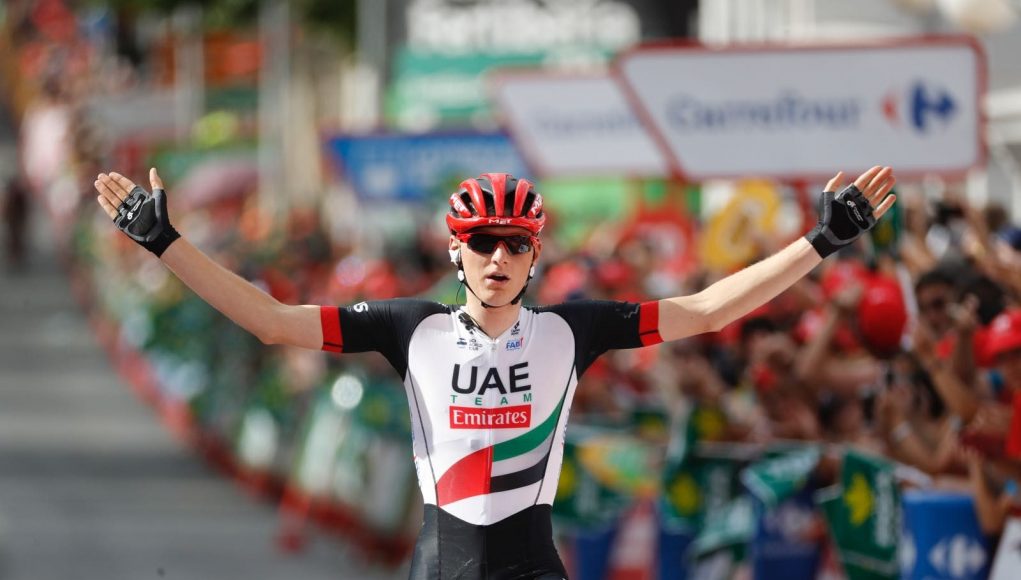 UAE Team Emirates’ Slovenian rider Matej Mohoric took first place on stage seven of the Vuelta a España after a strong performance that saw him lead the breakaway before making a final attack which he successfully held descending to the finish line and to victory with great form.

The 207-kilometer-long parcours between Lliria and Cuenca included three 3rd category climbs. It took about 15 kilometres until a 14-men break established a two-minute lead over the bunch. Their lead increased to almost 7 minutes after the second KOM of the day.

Several attempts were launched on the final climb of the day Mohoric who went away on the bottom slopes of the climb, with a three man group chasing. Mohoric led over the top, and was able to hold off the chasing group all the way to the finish to take the stage win in Cuenca, with Pawel Poljanski (Bora-hansgrohe) again taking the runner up position.

Chris Froome continues to hold on to the Red Jersey, whilst UAE Team Emirates’ Rui Costa moves to 19th place in the GC standings.

Commenting on his impressive win Mohoric said: “It’s incredible! It’s been a long time since my last big win. I’ve always worked hard and tried my best, but it is great to have a victory again. I was in the breakaway the other day, I felt very good then and although the stage wasn’t suited to my characteristics I managed to get fourth place. I’m in pretty good shape so today the team wanted me to go into the breakaway, I tried to save as much energy as possible and then just waited until the final which was well suited to my skills. I’m very happy for myself and also for the team who has given me the opportunity to compete in the Vuelta.”

Stage eight sees another mountainous one for the peloton. At 199.5km long it starts in Hellín with a challenging finish – an uphill 5km with some parts at an 18% gradient followed by a sharp descent into Xorret del Catí. 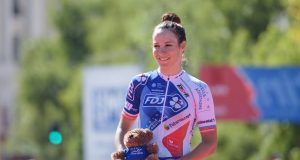