Cycling Ireland has welcomed research that found an unprecedented number of adults are cycling every week. The latest figures show an estimated 510,000 people within the Republic of Ireland are enjoying cycling as a form of exercise, participating at least once per week. This marks an increase of approximately 260,000 people compared to the same time last year.

The gradual easing of restrictions will allow new and returning cyclists to enjoy greater freedom on their bikes, benefiting from both a physical and mental health perspective. Many essential workers are also discovering the countless benefits of commuting by bike, leading to a transport revolution. The addition of temporary bike lanes and improved cycling infrastructure will result in a safer environment and help to ease traffic congestion in our cities and towns.

With hundreds of thousands of people taking to two wheels, Cycling Ireland has seen huge demand for programmes developed to support members of the cycling community. These include a free 7-week online training programme delivered as part of the #BikeLikeMe campaign, aimed at increasing female participation. Cycling Ireland’s virtual Zwift league has had the highest participation rate of any sports event for the past 10 weeks and a new ‘teach your child to cycle’ resource has proved to be very popular.

Cycling Ireland CEO Matt McKerrow welcomed the figures; “I think everyone in the cycling community has anecdotally noticed more people cycling in and around their towns and suburbs recently, but it is great to see the research with numbers quantifying the levels of increased participation.

“Cycling Ireland is committed to its role in providing participation opportunities for the physical and mental health of all across the island of Ireland and playing its part in the country’s road to recovery from Covid-19.” 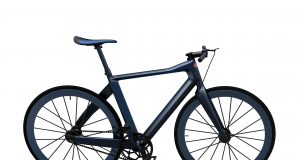 Bugatti unveil new lightweight bike with a price tag of $39,000