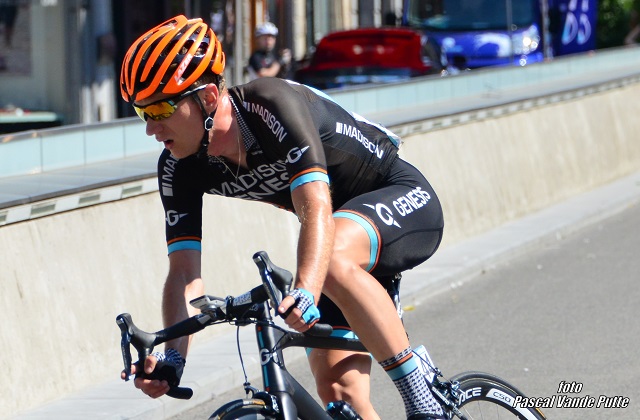 Belgian team Wanty-Groupe Gobert have announced the signing of Mark McNally. The 26-year old Englishman was part of the British continental outfit Madison Genesis this year and previously rode five seasons with An Post-Chain Reaction. McNally is the first British rider for the Pro Continental team.

“I am very excited, naturally,” the Liverpudlian said. “This is a step up. It was a long time coming and it’s a dream come true. This is my first pro contract and riding with a Pro Continental team enables me to ride WorldTour-level races. Flanders and Roubaix have always been a dream.”

The connection between Wanty-Groupe Gobert and Mark McNally went via Roger Hammond, team manager of Madison-Genesis.

“I know Roger very well. I have been his sports director for almost his entire career,” Hilaire Van Der Schueren explains. “He suggested Mark and I followed his racing in Belgium and the Tour of Britain. He knows the Flemish races well: won the Erpe-Mere kermesse, was third in GP Jef Scherens and tenth in a hard fought edition of GP Zottegem.”

McNally even speaks a little bit of Flemish because of his girlfriend Pia De Quint: rider for UCI women’s team Lares-Waowdeals.

“Belgian cycling suits me well. Fast races without long climbs where I hope to show my versatility: working for a sprinter, being in a breakaway or ride for a result myself. I like the life in Belgium, much more relaxed than the UK.”

“I already showed that I am competitive in the Belgian races that Madison-Genesis did this August: one win, one podium and one top ten. Some riders on the Wanty-Groupe Gobert team I know already. Roy Jans and I were on An Post-Chain Reaction together. I expect I’ll adjust well and that we’ll have a great season together.”

McNally is the ninth new rider for Wanty-Groupe Gobert. The last riders for their 2016 team will be announced shortly. 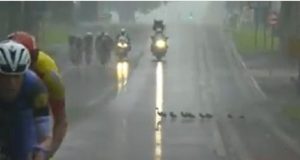