Amongst his best results on the road this season have been top-20 placings on stages of the Circuit des Ardennes International (2.2) and Boucles de la Mayenne (2.1). His most impressive result of the season was his bronze medal in the Points Race at the UCI Track World Championships in Pruszków, Poland in March.

A number of WorldTour and Pro Continental riders have previously ridden for the Breton team including Mickaël Chérel (AG2R La Mondiale), Romain Hardy (Team Arkéa – Samsic) and one of the most impressive riders in this year’s Tour de France David Gaudu (Groupama FDJ). 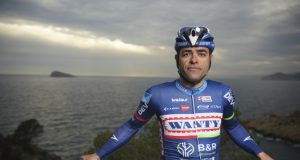