The course will remain unchanged in 2016 after a successful inaugural event in 2015. Riders will be faced with a 174km parcours, of which the finale will be run over 3 laps around Geelong. This circuit, already well known after the 2010 World Championships, will once again provide for an unpredictable and exciting race.

Dimension Data will be led by Mark Cavendish. Nathan Haas who was 3rd in last year’s edition of the race is also looking forward to lining up on Sunday. Cameron Meyer, Reinardt Janse van Rensburg, Jaco Venter, Songezo Jim and Tyler Farrar will complete our line-up.

With a 100km outer loop which takes in some of the best scenery the Bellarine Peninsula has to offer, before 3 laps of the Geelong circuit, a number of race scenarios could eventuate.

The peloton will have to deal with the elements out on the Great Ocean Road, with crosswinds expected on Sunday once again, before taking on the Queens Road climb 3 times as part of the Geelong circuit. The Australian race has all the qualities of a typical spring classic and so expect the classic type riders to come to the fore on Sunday.

“It’s great to be here in Australia, starting my season with the Dimension Data for Qhubeka boys,” said Cavendish. “I saw how the boys were going at the Tour Down Under and they all look to be in some pretty good shape.”

“Obviously I haven’t done any racing in the last week but it has been great to be here in Australia, the roads are good and I was able to get a few quality endurance rides in after not doing many this winter due to my track training programme.”

“The organisers have put together a great course for Sunday which will keep the race exciting right up to the end. I can’t say how my form will be exactly as I haven’t raced on the road yet this year, but I didn’t come here to just roll around. If I make it to the final, then I have as good a shot as any to challenge for the win.” 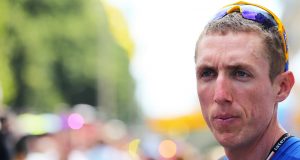 “The Tour de France is long and I’ll continue to fight”...