The first UCI WorldTour race since the Cadel Evans Great Ocean Road Race takes place this week with the Abu Dhabi Tour starting on Thursday and concluding after four road stages on Sunday the 26th of February.

Team Dimension Data for Qhubeka have announced a strong team with the hope of repeating their double stage win success at last year’s edition of the event.

The Abu Dhabi Tour which is newly promoted to WorldTour status will take on the same format as in previous years, with three stages suited to the sprinters and then the all important GC stage (stage 3) which finishes at the top of Jebel Hafeet.

After his two sprint wins and green jersey victory last year, Team Dimension Data for Qhubeka will have Mark Cavendish return to the Abu Dhabi Tour as their protected rider for the sprint stages once again.

Merhawi Kudus, fresh off his fine fourth place and white jersey victory at the Tour of Oman, will target the third stage up to Jebel Hafeet and in turn the overall and white jersey classifications.

Merhawi Kudus – “The Abu Dhabi Tour is a World Tour race and the peloton will be very strong, the strongest I’ve raced this year so far. My form has been pretty good lately so I hope it will continue and I will do my best on the climbing stage, even if the climb is not so steep. We also have a strong team here with Mark Cavendish for the sprints, so we will be in contention everyday which I look forward to.” 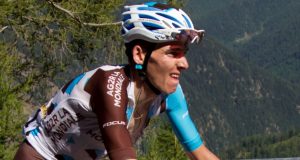 “I am delighted with this Tour which looks pretty well balanced”...