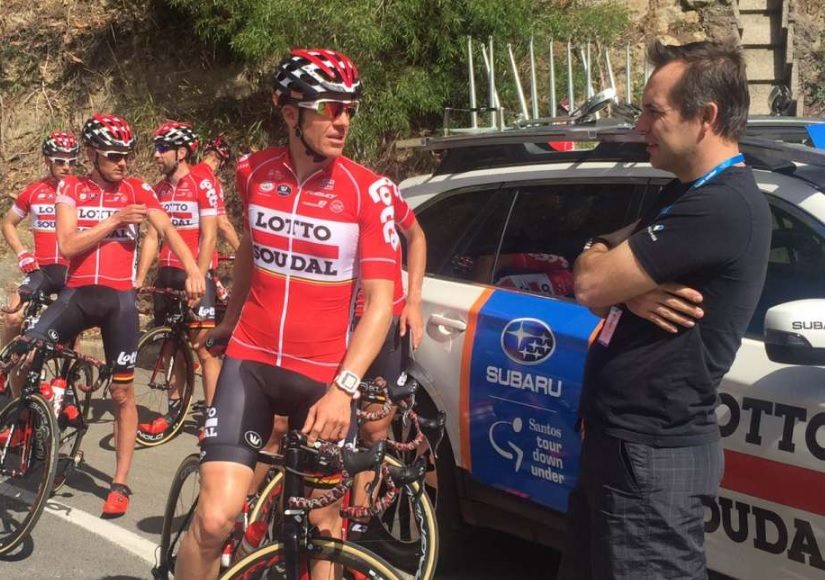 The Santos Tour Down Under starts tomorrow with a 145-kilometre stage from Unley to Lyndoch and the Directeur Sportif of the Lotto-Soudal team – Mario Aerts – has said that he feels that his team will be in aggressive form during the six day race.

Aerts predicted that tomorrow’s opening stage should end in a bunch sprint with the first GC selection being formed on the second day. The team’s Spanish rider Rafael Valls has already indicated that he is looking for a top ten place at the race having finished in eighth position last year.

Mario Aerts: “In the People’s Choice Classic the Lotto Soudal riders already showed their will to attack, like they did all year long last season. We want to continue on the same path the following days. Everyone is very motivated for the Tour Down Under and at training they all made a good impression. Certainly Rafael Valls, who has to achieve a top ten place on GC. Because of an injury Rafa had to end the previous season already in July, but the past months he perfectly prepared for the Tour Down Under. His training data show that he is ready for his first goal of the season.”

“The second stage, to Paracombe, has a hill top finish and therefore that stage will already cause a first selection on GC. The first part of that stage, five laps around Stirling, is tough. Those laps take place on an undulating course. We did a recon of the finale and it is hard too. The road is going slowly upwards from the valley, but the real climb starts at one and a half kilometres from the finish. There is immediately a peak above ten per cent. Together with the fifth stage to Willunga Hill, the second stage will be crucial for the overall classification.”

“Of course we will try to win a stage as well. Most victories go to Australians, but that’s not a problem as we have Adam Hansen in our team (laughs). He definitely has a chance to win a stage. Sander Armée, Lars Bak and Thomas De Gendt can also join breakaways. James Shaw is here to learn and to help Rafael. If he sees an opportunity, he can have a go though and attack. Sean De Bie will be our man for the sprint. The first day will almost certainly end with a bunch sprint, just like the last stage. The fourth day could be a sprint as well. On day three, with finish in Victor Harbor, the peloton could fall apart if echelons are formed. At the People’s Choice Classic, Sean had the punch in his legs to sprint to the seventh place. He doesn’t have to wait for a sprint though, he can always try to win with a late attack.” 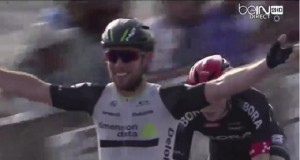