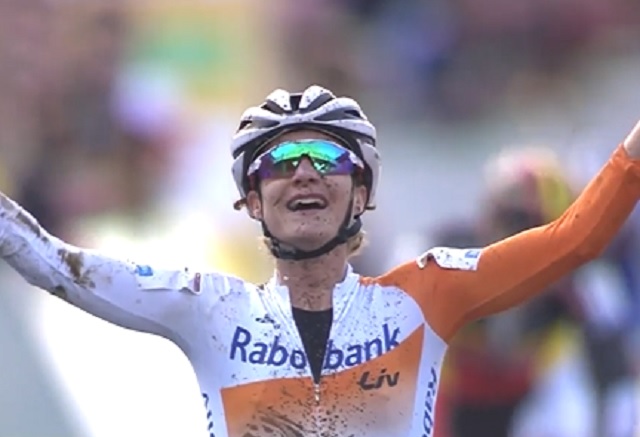 After taking the win in her second race in Diegem last week since making her cyclo-cross comeback, Marianne Vos showed again that she’s in flying form by winning her first World Cup round at Heusden-Zolder yesterday. It was her first World Cup win in nearly two years in what was just the third race of the season for the seven-time world champion.

Vos overcame a bad starting position but managed to join up with the leaders after two laps. Her Rabobank-Liv team-mate Lucinda Brand was riding strongly and went clear alone for the best part of a lap. It took some work by Sanne Cant, Eva Lechner and Katerina Nash to bring her back.

Coming into the last lap, there were six riders still up front – Vos, Cant, Lechner, Nash, Brand and Sophie De Boer. An acceleration by Vos on the first climb on that final lap got rid of all but Cant and Nash.

The Dutch rider was then able to drop the other two on the climb through the forest to take victory by 2″ from Cant with Nash taking third.

“It was quick but heavy,” said Vos. “Of course I had the first two laps to try and get back up to the front, but I did eventually. Then it was consolidating (her position) and in the last few laps it came to down to positioning. Lucinda Brand rode really well in the middle part of the race but when she was caught, it was time to take over.”

Below are highlights of the race:

Here is the race in full: 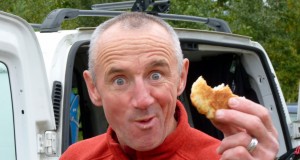