The UCI (Union Cycliste Internationale) have announced that the IOC (International Olympic Committee) has agreed to add the Madison and BMX Freestyle Park to the Programme of the Tokyo 2020 Olympic Games. The decision was made at today’s meeting of the IOC Executive Board in Lausanne, Switzerland.

The Madison will appear on the Olympic Programme with both men’s and women’s races and two new Olympic gold medals to be won on the track.

The race, which is 50km for men, and 30km for women, involves two riders, a sprinter and a rouleur, working as a team to propel each other forward as they meet between laps. Teams sprint every 10 laps to accumulate points according to the following structure: five points to the first team, three points to the second, two points to the third, and one point to the 4th.

Points awarded in the last sprint will be doubled. In addition to the sprints, teams can earn 20 points for lapping the field. The winner is the team with the most points at the end of the race.

BMX Freestyle Park takes place on ramps with big transitions and large obstacles. Competitors are judged on tricks performed throughout the course, with points awarded based on difficulty, originality, style and execution.

Each rider in both the men’s and women’s events gets two one-minute runs (which both count) to impress the judges, who will reward the rider with a score between 0-100 points, with the ultimate goal being the award of an Olympic gold medal. Famous riders include Logan Martin (Australia), Daniel Dhers (Venezuela), Alex Coleborn (Great Britain) for men, Nikita Ducarroz (Switzerland), Macarena Perez (Chile) and UCI World Cup title holder, 15-year-old Hannah Roberts (USA) for women. 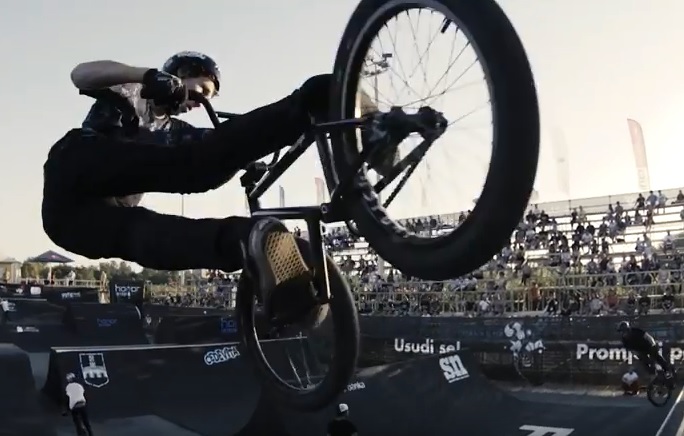 In addition, in line with the UCI’s strategy to promote women’s cycling and the IOC’s Agenda 2020, it was agreed that for Mountain Bike and BMX Racing, several quotas previously allocated to men athletes would be transferred to women, achieving full gender equity in both disciplines.

UCI President Brian Cookson said: “I am thrilled to see four more cycling events joining the Olympic programme. With competitions across very different disciplines, cycling already makes a large and diverse contribution to the Olympic Games, and now becomes the third largest sport in terms of gold medals, with 22 on offer. I am also delighted that we have made another big step towards full gender equity across all of our disciplines.

“I want to thank President Bach and the IOC Executive Board for their confidence and reiterate the UCI’s full commitment to make Tokyo 2020 a great success for cycling. I also want to thank our partner FISE for the role they have played in the development of BMX Freestyle over the past 20 years.

“The Madison will bring its long-established history and exciting format to the Games, while BMX Freestyle Park has great potential to open the event up to a whole new generation of athletes and fans. In an increasingly competitive landscape for Olympic sport, it is important not only to see our overall quota remain unchanged, but to also welcome the award of four additional opportunities for medals in Olympic cycling disciplines.

“I am proud of the effort made over the past few years by all of our National Federations, event organisers, teams and riders, which has helped us improve cycling’s strong position within the Olympic Movement. I am fully committed to continue this work and I am convinced that after extremely successful Games in Rio in 2016, Tokyo will take our sport to another exciting level.” 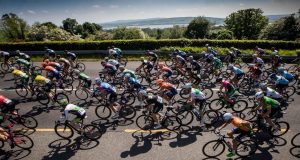