The Irish pair jumped from sixth to fourth in the final sprint, crossing the line third in the 80 laps, 20km race. Great Britain took gold, Belgium silver and Italy won the bronze medal.

In the Omnium Felix English finished 18th, and Shannon McCurley was 17th in the Keirin. Making their international debut, the women’s Talent Transfer Team finished 12th in the Team Pursuit with a time of 4.54.012.

Speaking after the Madison both Boylan and Gurley described a long four weeks of racing, which saw them compete in two World Cups, the European Championships and the London Six-Day. Boylan said “Each race is a learning experience for us. We’re learning all the time. We are not yet consistently at the head of affairs, but we’re hungry for it, and we will keep on plucking away.”

Gurley echoed her teammate, adding “It was a really tough race, quick the whole time. It’s been a hard four weeks of racing, and I think we have improved a lot. It bodes well for the future.”

In October Gurley and Boylan won silver in this event in the European Track Championships, and Gurley acknowledges the achievement saying “If you had told me at the start of this block of racing we would win a European medal and come fourth in a World Cup, I would have been pretty happy with that.”

The Women’s Team Pursuit Squad was established six months ago from talented riders who mostly came from other sports. Cycling Ireland Performance Coach Neill Delahaye described their experience at the World Cup as invaluable saying “This group have come a long way, and it has been a very steep learning curve for them. The experience they gained today from exposure to this level of competition in such an intense atmosphere has been invaluable.”

“We were happy with how the team dealt with the task they faced,” Delahaye added, before noting that “there is a lot of hard work to be done before we approach the level we are capable of performing at. We are under no illusions about what it will take to get there. This has been a positive experience for the athletes, and a successful culmination of this phase of our Talent Transfer initiative.”

Tomorrow is the final day of racing at the second World Cup, and will see a new Madison pairing of Felix English and Marc Potts compete. Robyn Stewart will also be in action, racing in the Sprint. The World Cup runs from Friday 10th November to Sunday 12th November. 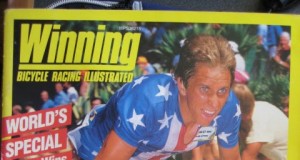