New Zealander Sam Bewley (Orica-BikeExchange) has posted a photo of an injury he sustained when his arm came in contact with a disc brake.

Bewley posted the photo with the message: “This is what happens when a hot disc brake lands on skin. Imagine a bunch crash on the road with multiple hot rotors.”

Earlier this season, the Movistar rider Francisco Ventoso was left with a large gash in his leg following an incident in Paris-Roubaix. Ventoso later claimed that the cut had been caused by a disc brake.

Ventoso later posted an open letter about the use of disc brakes where he said: “Was there really anyone who thought things like Sunday’s wouldn’t happen? Really nobody thought they were dangerous? Nobody realized they can cut, they can become giant knives?”

The UCI subsequently suspended the testing of disc brakes in professional cycling and earlier this month confirmed that there were no plans to resume the trial of the brakes that began last year. 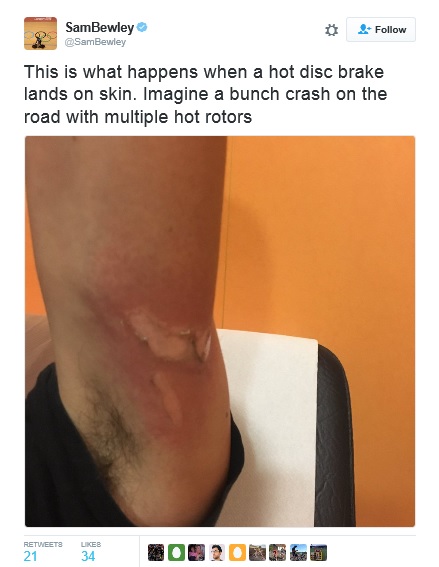 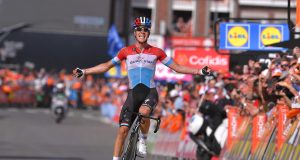