Jasper Stuyven pointed to the sky and thrust his arms in the air as he crossed the finish line of Kuurne-Brussels-Kuurne Sunday after a 17-kilometer solo effort notched him a well-deserved victory.

“I was thinking about 2010 when I was riding here when I was World Champion (Junior), and I wanted to win that day because that year my grandfather died who was living here,” explained Stuyven. “But I had bad luck when someone crashed into my bike. I think today I made up for that.”

“I still can’t believe it,” continued Stuyven.”I felt really good, not all day like yesterday, but in the finale, especially when we were going into the Kwaremont. I was easily following the moves, I was always there and never on the defensive.”

Jasper Stuyven felt invincible on Saturday in Omloop Het Nieuwsblad, but a mistake at the crucial moment of the race saw him miss the key 5-man move that survived to fight out the win but on Sunday, Stuyven and his Trek-Segafredo teammates made amends.

Boy Van Poppel was part of an early 11-man breakaway that stayed away for most of the 200-kilometer race, and he would prove instrumental in the finale when he joined Stuyven in a 16-man leading group that formed in the final stages, driving the pace to keep the move alive.

Stuyven: “In the end Boy [Van Poppel] did a perfect job, he was incredible to keep our group going. He was so strong! But the peloton was coming back, so Dirk [Demol, director] said to try something, so I went, and I was alone. I just powered through.

“Normally, I am not the man for solo rides; I surprised myself. But in the first lap I really paid attention to the wind, so when I went I knew what to expect, and I just gave my all. I thought that maybe Tom [Boonen] would join me because he was very active, and I also knew that he would keep the group turning behind, so I knew I was in for a hard one.”

Stuyven had 16 seconds over a small chasing group crossing the finish line to start the final 15-kilometer circuit, with the peloton breathing down their backs.

Stuyven grew his advantage to 25 seconds, steadily holding the gap as he turned the pedals, smoothly and powerfully over the next kilometres. With less than three kilometres to go, the peloton swarmed the chasing group, and Stuyven’s margin swelled to 30 seconds.

“All my muscles hurt,” said Stuyven. “I wanted to keep some gas for the headwind section, but it was not like I had a lot of margin. I was constantly keeping an eye on my SRM, looking at my watts and keeping the legs spinning and trying to be as aero as possible.”

In the final 200 meters, Stuyven had time to sit up, smile and savour his victory in front of his home country fans and family.

“I was targeting this weekend, and peaked for these races,” Stuyven added. “I knew with Fabian [Cancellara] not here, that this was my chance. This victory is more important for me than my stage win in the Vuelta. Today was wonderful but so hard.”

“I had bad luck in the spring last year and couldn’t prove my value. Now I have had a good winter. I am ambitious, but I can cope with the pressure, and I hope to be in the finale for the next Classics with Fabian. I am ready; the team is ready.” 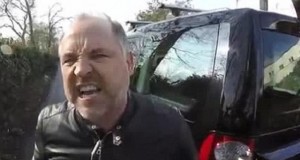