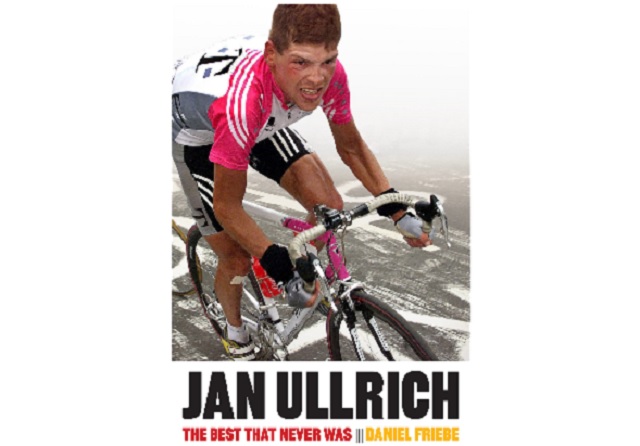 A new book is set to be published next year about Jan Ullrich. The German cyclist won the Tour de France in 1997, and the Vuelta a Espana two years. In 2000, he won the Olympic Road Race and was second in the time-trial.

However in 2006, he was fired by his T-Mobile team after being linked to the Operacion Puerto scandal. He retired the year after claiming that he had never cheated during his career. In 2013, he finally admitted that he doped with the help of Spanish doctor Eufemiano Fuentes.

The biography entitled Jan Ullrich – The Best There Never Was has been written by British journalist Daniel Friebe, who has written a number of other cycling books including a biography of Eddy Merckx.

Below is the book’s description:

Jan Ullrich’s performance in winning the first mountain stage of the 1997 Tour de France sent shock waves through the world of cycling. ‘The Real Boss’ was the headline on L’Equipe’s front page the next morning. ‘King Ullrich,’ said Le Parisien. La Gazzetta dello Sport suggested that the Italian rider Francesco Casagrande would be proud just to have got a good view of the German rider.

Ullrich went on to win the Tour that year by almost ten minutes, a margin not bettered since and a result which was greeted as an era-defining changing of the guard. Everyone agreed: Jan Ullrich was the future of cycling. And yet, he was never again to regain those heights.

Though perfectly respectable, his career was already in decline as he stood on the winner’s podium. When he retired amid allegations of doping, his reputation lay in tatters. To be published on the tenth anniversary of his retirement, Jan Ullrich: The Best There Never Was will be an exploration of what went wrong.

Not a sporting disaster story, for Ullrich was, by all means, one of the pre-eminent riders of his epoch and a German national treasure for almost a decade. Rather, it will provide a textured account of how unbearable expectation, mental and physical fragilities, the legacies of a troubled childhood, a morally gangrened sport and one individual – Lance Armstrong – conspired to reroute his destiny as well as that of cycling.

Never again after 1997 would cycling fans react to that level of performance with untainted awe. Contained within the Ullrich parable are lessons about how doping skewed the natural order and robbed even its abusers of their dignity, while in the short term bringing them fame and fortune.

But this is not, principally, a book about drugs or an exercise in shaming one of the key protagonists of what has been dubbed cycling’s ‘EPO era’. By producing monochrome, moralistic snapshots of the Ullrich and Armstrong generation, of who did and who didn’t err, of good versus evil, books on that period have so far neglected much of its colour and many of its human shades.

In telling the story of Jan Ullrich’s upbringing in seventies East Germany and how it shaped one of the great stories in cycling history, this book will redress the balance. 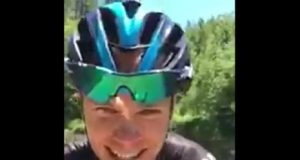