After weeks of uncertainty generated by the coronavirus pandemic that led to hundreds of races being cancelled or postponed, the UCI – after holding talks with the race organisers – has rolled out a new calendar for the 2020 season, which will restart in the summer and include all of the sport’s main events. A number of the Deceuninck – Quick-Step riders, including Sam Bennett and Julian Alaphilippe, reacted to the news.

“Finally, today we woke up to some nice news,” confirmed Bennett, who has been training in Ireland. “It’s really exciting to have something to target, this is very good for our sport, for the sponsors, for the riders and fans. We have something to aim for again, which is great. It means the season isn’t lost and that the show will go on a little bit. Hope everyone is excited as I am!”

As it goes, the Tour de France – originally slated to take place between 27 June and 19 July – will now be run from 29 August to 20 September, benefitting from the postponement of the Olympic Games. The race will keep its parcours, meaning that it will start from Nice and see the riders take on such climbs as Orcières-Merlette, Mont Aigoual, Grand Colombier, Villard-de-Lans, Méribel, and La Planche des Belles Filles, before the traditional finish in Paris.

The race will be followed by the World Road Championships, held in Switzerland between 20-27 September, and the other Grand Tours, the Giro d’Italia and the Vuelta a España, which will keep their three-week format, meaning the season should continue into November. Cycling’s five Monuments – Milano-Sanremo, Ronde van Vlaanderen, Paris-Roubaix, Liège–Bastogne–Liège, and Il Lombardia – will also take place this year, with dates still to be defined, while the National Championships have been moved to the weekend of 22-23 August and the European Championships maintained for 9-13 September.

Julian Alaphilippe, who animated last year’s Tour de France, carrying the yellow jersey for two weeks in addition to a brace of stage wins, also shared his thoughts on the matter: “I’m really happy to finally have a calendar, to see that races like the Tour de France, the Worlds, and the Monuments are planned to go ahead. It’s a light at the end of the tunnel, which is something good for the morale in times like these as it gives you an extra boost to work harder in order to be fit for when the moment will come to be again with my teammates.”

“Of course, the news is quite fresh and we will need to discuss all of the options as a team, but it is a bit of a relief that there is some sort of structure in place and we can look forward to racing again. I have still been training, but without a goal in mind it can be hard, so it’s nice to have some dates to aim for”, Luxembourg Champion Bob Jungels said. “It looks like a condensed period of racing, but I am sure we will all be ready to pin a number on by then and do what we love. Hopefully we are all safe to do so soon and I can look to build my program for the rest of the year with the team.” 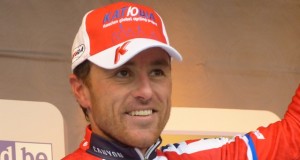