Five Irish riders set to take part in the Hong Kong round of the Track World Cup which starts on Friday. The riders are entering a critical period for Olympic qualification with a series of Track World Cup events, with events in both New Zealand and Australia in addition to Hong Kong in the coming months.

Ireland will be represented by riders racing in the Men’s Madison, Women’s Madison and Women’s Omnium events. There are 16 quota team places available for the men’s and women’s Madison at the 2020 Olympic Games, 8 of which are automatically given to the top 8 qualifying Team Pursuit teams, with the final 8 spots being decided by the Madison Olympic rankings.

The best three results of the six Track Cycling World Cups will be taken into consideration in addition to the UCI Elite Track Cycling World Championships which take place in February and offer extra points. With the qualification window open until the end of March 2020 it is still all to play for, but the Irish team will be looking to get some good points on the board. 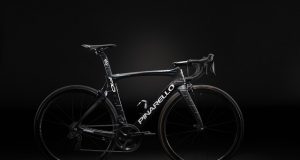