Team iTap (Irish Talented Athlete Program) have announced that they have received an entry to the Ronde van Oost Vlaanderen in Belgium and that they have a number of places available for the five-day UCI race which takes place in August.

The Irish development team also competed at the race last year where Daire Feeley was their top finisher in 26th place overall with guest rider Conn McDunphy next best in 37th place. McDunphy also finished in 8th place overall in the youth category.

Feeley has been in good form this season. Racing in the colours of U.C. Monaco, he finished in 3rd place at the GP Rhone-Alpes Sud and 9th at the Ronde de Montauroux earlier this season. Last week, he lined up with Team iTap at An Post Rás where he won the Irish County Rider award in addition to finishing in 12th place overall.

“We will be traveling to the Ronde Van Oost Vlaanderen in August 16th-20th with 7 riders,” the team announced in a statement. “This UCI stage race is for U23 riders only and will contain some of the best U23 teams in Europe. We have a number of slots available for riders wishing to guest with us. If you’re serious about making the cut this is the type of race you need to be experiencing. Message us or call 087 2453114 if you would like to travel with us as part of Team iTap.” 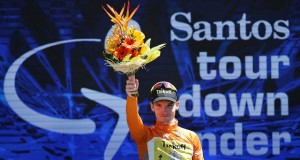 Jay McCarthy wins stage 2 of Tour Down Under and pulls...