Ireland’s Anna Turvey has won a bronze medal in the Women’s Individual Pursuit at the 2016 UEC European Track Championships in Saint-Quentin-en-Yvelines Velodrome in Paris today.

Despite a push at the halfway mark by the Belarussian, Turvey continued to extend her lead, winning Ireland’s first female medal in the elite European Track Championships.

Speaking after the race a surprised Turvey, who was racing at the Road World Championships in the Time Trial last week said “I’m ecstatic and shocked. I can’t believe it. I knew I was going well in the Time Trial, because I had been focusing on it for Doha, but it’s just unbelievable!”

“I wasn’t planning on coming here, but someone got injured so I said I’d race. I came straight from Doha, and was a bit scared because I wasn’t on the velodrome for ages, but was okay after a few days.”

Turvey was also competing in the Team Pursuit on Wednesday and Thursday: “I was actually really pleased with the Team Pursuit this week too. Three of us hadn’t raced one before, and I think we did really well considering that!”

“I’m really excited about that, I just said that I might as well do the individual pursuit while I was here and had no expectations – it hasn’t quite sunk in yet. I’m heading home tomorrow and back to work on Sunday – I didn’t even tell anyone I was coming here, I didn’t think I’d be going back with a medal!” 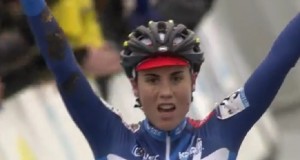