Lance Armstrong has been interviewed on the Irish sports radio show Off the Ball on Newstalk radio earlier this evening in advance of his appearance at the forthcoming One Zero Con sports conference in Dublin.

His interview with Ger Gilroy was a tense affair where he was asked about his treatment of Greg LeMond and Paul Kimmage.

Armstrong describes himself as “a complete dickhead” when asked how he dealt with Kimmage when the Irish journalist was investigating Armstrong’s doping past.

He’s also asked about the testimony given by Betsy Andreu where she stated that Armstrong had admitted to a doctor that he had been doping in 1998.

“I think it’s highly improbable that at that moment in a patient’s treatment process, that a doctor would come in and have an open conversation about that in front of a bunch of strangers.”

“I’m sorry for the way I treated the Andreus, I have said that. I would love, at some point, for them to accept my apology, but some people just aren’t in that place and may never be.”

Gilroy goes on to ask Armstrong about his relationship with Paul Kimmage. “Paul’s an interesting case,” he said. “I had one interaction with Paul at the press conference in California. I didn’t handle it right.”

“I’d love to, whether it’s in an interview or over a beer or whatever, I’d sit with Paul any time and say ‘Hey, my bad, I’m sorry. I was a complete dickhead.”

You can listen to the full interview here: 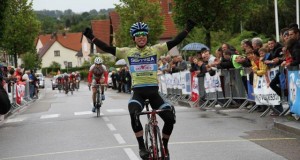