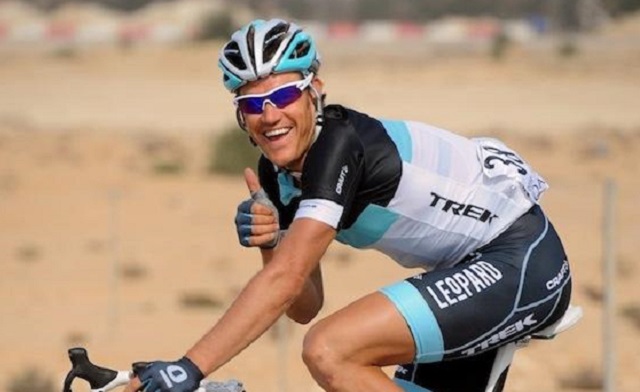 Today marks the fourth anniversary of the tragic death of cyclist Wouter Weylandt. The Belgian crashed on a descent Passo del Bocco on the third stage of the Giro d’Italia after clipping a pedal on a wall and he died from his head injuries.

Wouter’s sister Elke has spoken to Het Nieuwsblad about his death and how her family was affected. “The first two years were really difficult, and especially for my mother. It’s particularly difficult around April and May coming up to the anniversary.”

“I had a fantastic brother,” she says. “A very good man, incredibly good fun and he had lots of friends. A cool guy. He was also the most vain creature in the world,” she laughs. “I can say that, because I’m his sister. I was five years older than him, but I looked up to him. And still do.”

Elke now works as a press officer for the Trek Factory Racing team, the same team that Wouter had ridden for when he died, albeit under a different sponsor name – Leopard Trek.

On Sunday, Elke’s son and Wouter’s godson will make his First Communion, and afterwards, they will travel to Italy for a ceremony to mark the death of her brother. Monday’s third stage will start in Rapallo, where the accident happened. She says, “I am pleased to be there. I’ll sit for a moment on that wall and just take it all in.”

“I miss Wouter so much, but I am indeed happy. Since I lost my brother, I try to be even more positive in life.” 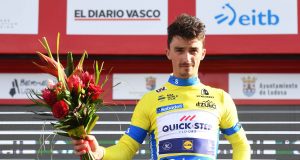 Alaphilippe and Gilbert to lead Quick-Step Floors at Flèche Wallonne