Another hard day, with four categorised climbs jammed in less than 200 kilometres, awaited the bunch on stage 9 of the Tour de France, which was coming ahead of a well-deserved rest day.

On Sunday, the riders had to overcome not only the excruciating course, but also the hailstorm which made even more miserable the final climb on the route, Andorra Arcalis, which the Tour de France was visiting for just the third time in history, after the 1997 and 2009 editions.

Alberto Contador (Tinkoff) and Alejandro Valverde (Movistar) combined to attack on the first categorised climb of the day, and riding on home turf on a stage that took the pack outside France, the two Spaniards went after a large group off the front.

However, Team Sky summoned its riders to the front of the bunch and chased down the dangerous duo. Once the catch was made, the breakaway went clear and soon enjoyed a 5-minute gap, which later was widened to 10 minutes, while behind, in the peloton, Alberto Contador decided to call it a day with 100 kilometres left of the stage and retired from the race.

That advantage the escapees had didn’t came down in the final part of stage 9, so Andorra Arcalis was the backdrop of two separate fights: one for the victory and one between the general classification riders.

From the lead group, Tom Dumoulin (Giant-Alpecin) soloed to victory ahead of Rui Costa (Lampre-Merida) and Rafal Majka (Tinkoff), who rounded out the podium. A few kilometres behind, Sergio Henao (Team Sky) decided to test the favourites and Dan Martin – fourth at the start of the day – was the first to respond, his strong acceleration forcing a selection.

Despite the black ominous clouds that covered the sky and the rain which was pelting down, the 29-year-old kept attacking the other contenders, emptying himself and leaving it all on the final stage in the Pyrenees.

Martin’s efforts couldn’t distance his opponents, but it left him satisfied at the end of the day, as he jumped one place in the overall classification and will now go into the race’s first rest day – after nine stages and almost 1800 kilometres spent in the saddle – in third position, less than 20 seconds behind the GC leader.

“I don’t consider myself a contender, Chris and Nairo are the big favourites for the win, but I wanted to see what I can do, so I attacked a few times,” said Martin who moved to Andorra last year and began using the Andorra Arcalis climb as one of his regular training grounds.

“In the final kilometre it was a headwind, and because of that it became difficult to try something there. Overall, I can’t say the weather had an impact, but I’m sure it looked cooler on TV. I’m third overall now, but I still want to take it day by day and try to get a stage win.”

“I like riding again in the high mountains, Etixx – Quick-Step reminded me how to enjoy what I am doing and I can’t say enough times how great this team is. I’m an aggressive rider, that’s my nature, and I like to attack and fight for the win even if this means getting dropped, instead of sitting behind and fighting for second.” 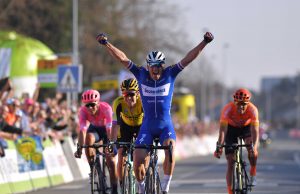 TBCF - Mar 29, 2020
0
One year ago, Zdeněk Štybar became the first non-Belgian rider in more than three decades to win both Omloop Het Nieuwsblad and E3... 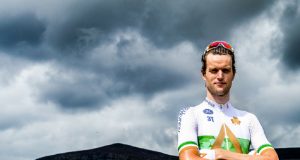