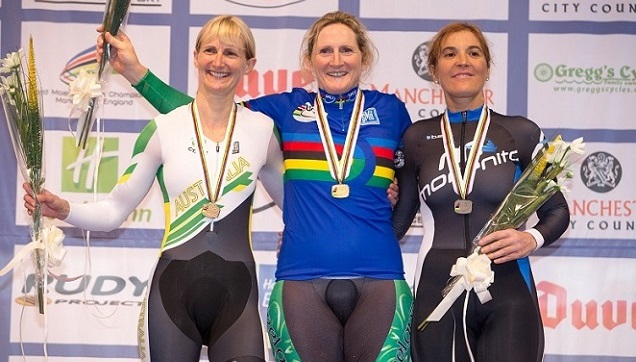 Two months ago, Orla Hendron of Orwell Wheelers claimed her second rainbow jersey when she won the 2-kilometre pursuit at the World Track Masters Championships in Manchester in the 50-54 age category. It followed on from her points race win in the 2010 World Championships in the 45-49 age category. In the final of the pursuit, she finished in 2.41.458, which was over three seconds faster than her Australian challenger, Deborrah Coulls.

We caught up with her to discuss her great win. First of all, we asked her about her preparation for the championships and how she hoped to improve on her silver medal of the previous year.

“Another change was that I had usually taken part in Rás na mBán, which really helped with endurance. However, I realised in the 50-54 age category, the racing was shorter and punchier, so I concentrated on the track instead. Having the Dernys at Sundrive was really beneficial.”
Despite having trained on the track at home in Dublin, Hendron found it challenging transferring her form to the track in Manchester.

“One of the big challenges was going from training in Sundrive on a 460-metre track to racing on a 250-metre track in Manchester, and outdoor compared to indoor makes a huge difference. I was very familiar with Manchester though, having raced there the past number of years”

Hendron had the fastest time in qualifying when she clocked 2.41.506, which was two and a half second faster than Deborah Coulls, and she explained, “I was very confident going into the final, as I had been a few seconds faster than the Australian. I was also conscious of being over-confident though, and needed to bring myself back and just concentrate on the moment, and tell myself that I hadn’t won gold yet. I think I’ve gained a good understanding of the role of positive thinking through speaking to Paddy Doran and my husband David Tansey, and also just from my own experience.”

Focusing on the final worked, and she showed her consistency by recording a time within a few hundredths of a second of her qualifying time to take gold. 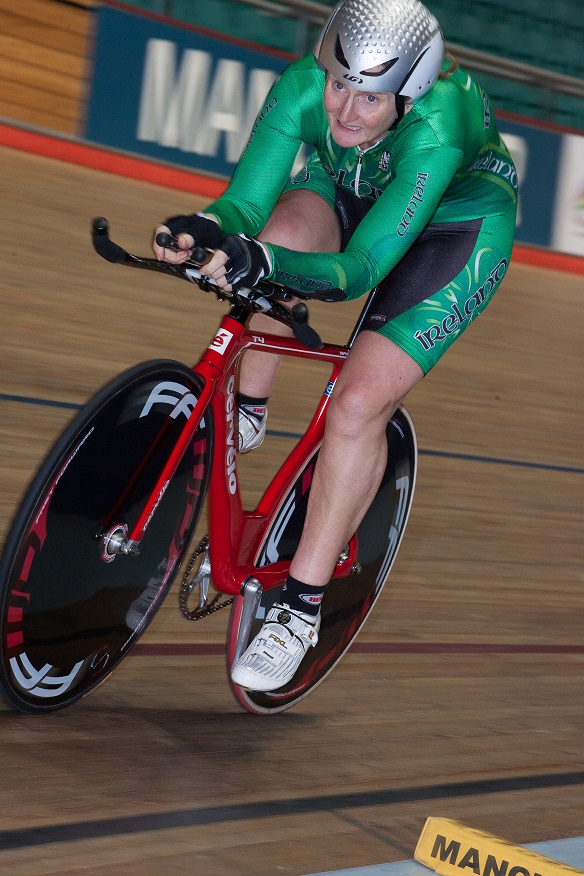 What did she think were some of the key reasons for her success this year? “Firstly, Mark Kiely is an excellent coach, and having Susie (Mitchell) to train with and compete against was great. It really helped with motivation.”

Susie Mitchell had also been amongst the Irish cyclists taking part in the Championships, where she claimed a bronze in the pursuit in the 35 to 39 years ago group.

To cap off a great season, Orla was presented with an Outstanding Achievement Award at the Cycling Ireland Awards in November.

Regarding her ambitions for the 2015 season, she said the main aim is to defend her World title. “It’s going to be challenging though, as every year, there are new competitors coming through to the age category. Next year, I also think that Suzie Mitchell has a good chance of a world title in her category.”

Hendron has advice for any cyclists that have ambitions of competing at the World Track Masters Championships, and she encourages anybody to try the track at home first. “You should get down to the tracks at Sundrive Road or Orangefield (in Belfast) to try it out. You learn so much there. And if you want to compete at the Worlds, the first attempt should be really just be to gauge yourself against the other competitors.”

“The Worlds are very competitive with cyclists from everywhere. It’s a learning experience but it’s great. All of the Irish team support each other and stay for all of the races, rather than going back to the hotel when your own race is finished.” 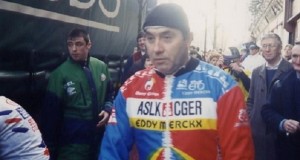 Twenty years ago this week saw the best ever line-up at...