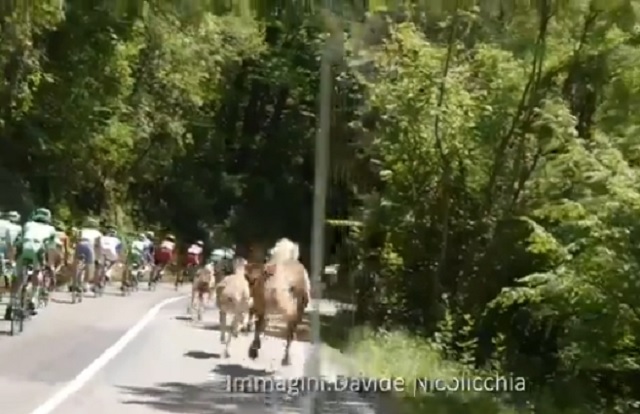 The peloton of the Giro d’Italia had a close call on yesterday’s 13th stage when two horses bolted from a farm, running alongside the peloton for a time.

The incident took place when the horses were apparently frightened by the noise of a helicopter and escaped from a farm to run beside the riders. Fortunately though, they didn’t run into the pack.

The footage was filmed from one of the Lampre-Farnese Vini team cars. 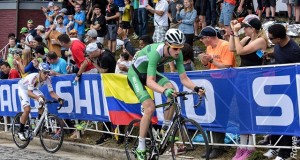 Bennett and Dunne to the Fore in Men’s Elite World Road...