Today’s 17th stage of the Tour de France from Dignes-les-Bains to Pra Loup was action-packed. There were withdrawals, attacks by the big names and crashes. The first big story from the day was the withdrawal from the race of Tejay van Garderen (BMC Racing) who had been sitting in third place overall.

At the front of the race, Simon Geschke (Giant-Alpecin) took his first Tour de France stage victory and only the third win of his career. The German had ridden away from a breakaway group with 50kms remaining, and stayed clear despite a strong chase by Thibaut Pinot (FDJ).

However, Pinot crashed on the descent of the Col d’Allos and was unable to catch Geschke who went on to take the stage win ahead of Andrew Talansky (Cannondale-Garmin) and Rigoberto Uran (Etixx-Quick Step).

Back in the group of main contenders, Alberto Contador (Tinkoff-Saxo) attacked with team-mate Michael Rogers on the Col de la Colle-Saint-Michel. However, he was dragged back by Alejandro Valverde (Movistar) and then the Team Sky led bunch.

On the descent of the Col d’Allos, Contador crashed and his hopes of challenging for the win vanished. On the final climb to the finish at Pra Loup, Nairo Quintana (Movistar) attacked but race leader Chris Froome (Team Sky) never looked in any danger of losing any time to the Colombian. 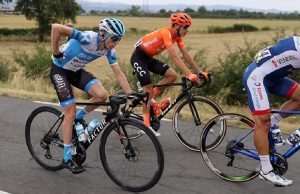 TBCF - Aug 14, 2020
0
Dan Martin (Israel Start-Up Nation) has confirmed that he has been forced to withdraw from the Critérium du Dauphiné following a diagnosis of a... 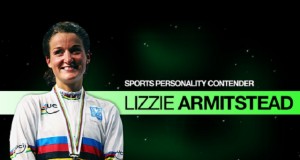