We caught up with Sean Kelly earlier in the week to discuss a number of subjects including who he thinks is going to win the Tour of Flanders. This is what he said.

“Sunday’s situation has changed a lot with Cancellara and Boonen out. I think it’s a different race altogether now as those teams would have been controlling the race to the end. It looked like Boonen was coming good this year. And you can always depend on Cancellara, he’s always there for the Tour of Flanders.”

“We don’t have those guys now so, it opens up the race much more. There’s a lot of guys saying now, “I have a chance of doing something now, of winning the Tour of Flanders. That brings 10 riders, maybe 12 into the equation.”

“For me, if I was to give a shot in the dark, I would say Degenkolb. Last year, he was there. On the Oude Kwaremont, he was there, fourth or fifth in line. Cancellara attacked. He was just a little bit too far off. If he had been on the wheel of Cancellara, maybe he could have done it.”

“He’s proved now he can do the distance. He proved it in Milan-San Remo. He’s won his big classic now, so the pressure’s off, and sometimes that can be an advantage. It’s only April, Milan-San Remo is in the bag. He’s relaxed and when you get relaxed, that’s the time when you can perform much better.” 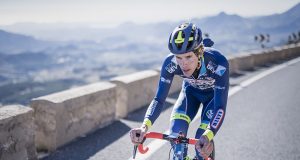