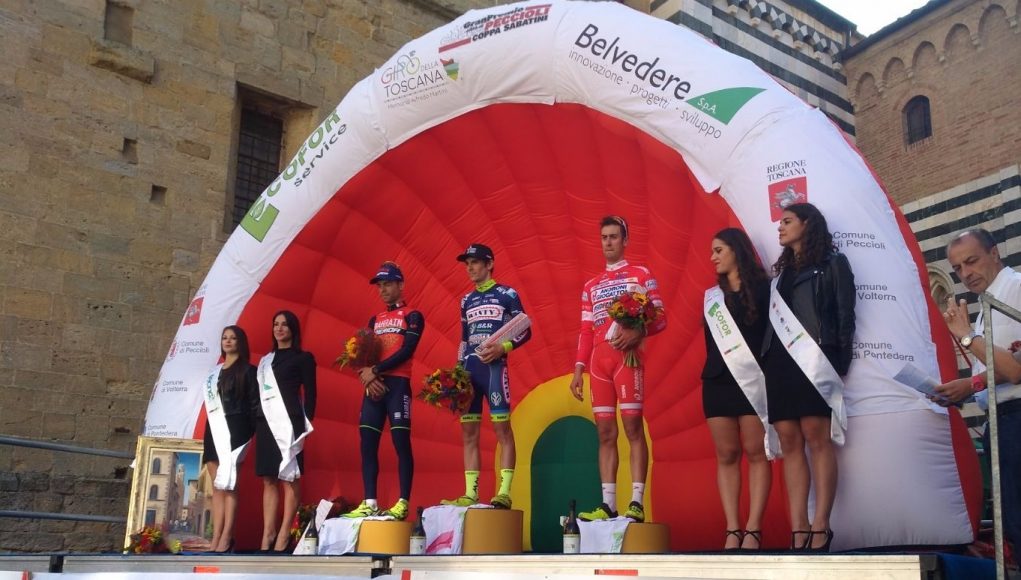 Following on from his stage and overall win at the Tour du Gévaudan Languedoc-Roussillon (2.2) at the weekend, Guillaume Martin has added more impressive wins to his palmares by winning the second stage and final GC of Giro della Toscana (2.1)

Guillaume Martin’s team mate Danilo Napolitano joined a breakaway of seven riders and the leaders gained a maximum advantage of 4:30. Towards the end, the riders had to climb Volterra twice (8km with an average of 5%). On the first ascent Napolitano was caught by the peloton after around 130 kilometres in front.

On the second and final climb, Martin decided his moment had come. After initially breaking clear with some other riders, in the final kilometers he jumped across to Giovanni Visconti (Bahrain Merida Pro Cycling Team). Martin then left the Italian behind and rode to a solo victory on Volterra. Because of the win Martin also took the final GC. For the 24 year-old Frenchman it is the 4th and 5th victory of the season, and the 6th victory of Wanty-Groupe Gobert in eight days.

Guillaume Martin: “We rode the perfect race, just like yesterday when we had Backaert in front and then we did a lot of work for Pasqualon. Yesterday I was disappointed with not being with the first four and I thought the overall ranking was lost. Ultimately that turned out to be profitable because I could benefit from more freedom. ”

“The team brought me well in the run-up to the final climb, where Gasparotto accelerated at the foot. I followed him with four riders, but the climb was ridden tactically because it was not a very steep climb. When a group returned with Minnaard I immediately accelerated, so Visconti and I were in front. At one point, he did not want to take over and then I decided to attack again.”

“The last two kilometres I went solo. I had a nice gap and managed to keep it. After the differences of yesterday I did not expect to win the overall ranking. But even with such big names at the start I knew that I could compete with them!”

“After my first victory in the Limousin, I made a click. When you start winning, you strive for victory again. It’s a combination of the mental and physical aspect, because I’ve made enormous progress since the Tour de France. It is often said that you can push a gear extra, which is true, especially at my age. Then the team takes me as a leader, what gives more confidence. The whole team supports me and brings me in front at the foot of the climbs.”

“I can not say which victory is the most beautiful. The first, after a duo ride with Baugnies in Limousin, was special. The one in Gévaudan, my first general ranking, was the most substantiated. But here the quality of victory comes forward since big names started in Giro della Toscana. Every victory is different, but I can taste all!”

“I’m already thinking of the Giro d’Emilia, which fits me with his hard course. But I’m not planning to go easy this Thursday in Coppa Sabatini because at the end of this three-day Italian races there is a points classification in which I am currently in the lead. We will ride for Pasqualon tomorrow, and I want to get some points. Then I will finish the Italian week and finish my season in the Famenne Classic.” 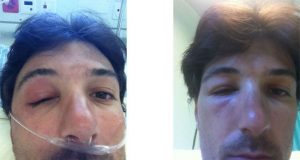