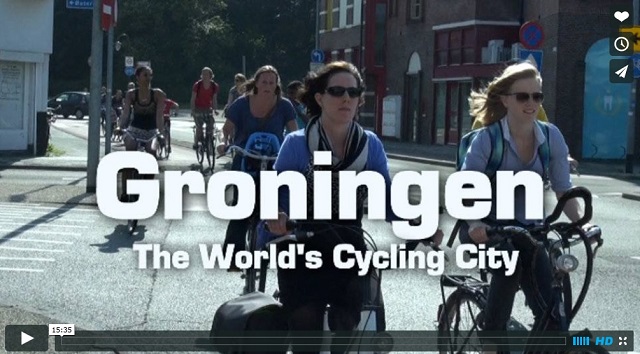 It’s no secret that just about anywhere you go in the Netherlands is an incredible place to cycle. And in Groningen, a northern city with a population of 190,000 and a bike mode share of 50 percent, the cycling is as comfortable as in any city on Earth. The sheer number of people riding at any one time will astound you, as will the absence of automobiles in the city centre, where cars seem extinct. It is remarkable just how quiet the city is. People go about their business running errands by bike, going to work by bike, and even holding hands by bike.

The story of how they got there is a mix of great transportation policy, location and chance. You’ll learn quite a bit of history in the film, but essentially Groningen decided in the 1970s to enact policies to make it easier to walk and bike, and discourage the use of cars in the city center. By pedestrianizing some streets, building cycle tracks everywhere, and creating a unique transportation circulation pattern that prohibits vehicles from cutting through the city, Groningen actually made the bicycle, in most cases, the fastest and most preferred choice of transportation.

In this Streetfilm you’ll see the 10,000 (!) bicycle parking spaces at the train station, some of the incredible infrastructure that enables cyclists to make their journeys safer and quicker, and you’ll hear from many residents who go by bike just about everywhere they travel. As with many bicycling cities, there area also big problems with cycle theft, and residents are always yearning for more bicycle parking.

Groningen: The World's Cycling City from STREETFILMS on Vimeo. 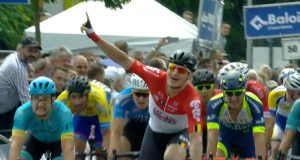